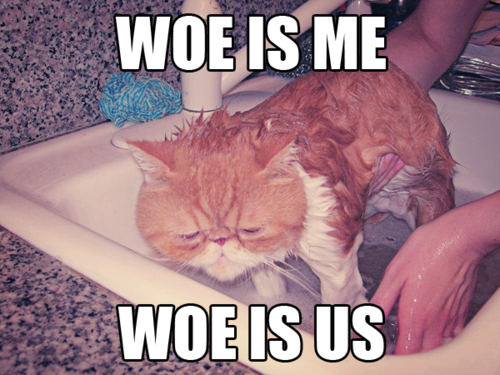 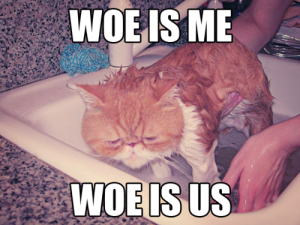 Talk to some CIO’s today and you’ll hear nothing but a pity party about how their role is no longer seen as ‘valuable’ to the organization. These CIO’s will point to the growing role of marketing and the CMO in selecting and managing technology systems and solutions.  These CIO’s will talk about the ‘good old days’ when the role of the CIO was the end-all-be-all for technology and IT.

These same CIO’s talk about how they are always trying to get in front of marketing’s projects to slow them down, take them over or stop them. These CIO’s also spend a good portion of their time pushing their agenda and trying to rest control of budgets and projects from all areas of the business.

I tend to get a bit aggravated while talking to these types of CIO’s.  For some reason, they’ve decided that they don’t like having someone else ‘play’ in the technology field and are doing everything they can to make things difficult for the CMO, marketing and the rest of the organization.   Rather than embrace the new world that exists, these CIO’s are trying to hold on to the way they used to do things.

The marketing group’s ownership of digital has been growing for years and will continue to grow over the next few years. Gartner predicts that by the year 2017, the CMO and the marketing group will spend more on IT and technology than the CIO and the IT group. That really scares some folks who are used to the ‘old’ ways where the CIO and IT group was the one-stop-shop for all things technology.

This shouldn’t alienate CIOs. Instead, they should embrace this driver of digital transformation by partnering with the chief digital teams. The CIO should understand there’s a very relevant role to play in terms of addressing both the stated and unstated needs of their customers. To accomplish this, the CIO must develop a comprehensive and authoritative view of all the customers IT serves across the enterprise.

Rather than sit around and complain about their ‘demise’, CIO’s should take Gene’s advice and step up and take a leadership role within the organization. The role of the CIO is still as relevant today as it was in the future…and I’d argue that the CIO’s role today is even more important than it was in years past.  Ian Cox, author of Disrupt IT, agrees in a recent post titled “Are CIO’s being squeezed?” when he writes:

But I disagree. Far from being a sign that the CIO role is diminishing in importance, the growth in technology expenditure across the rest of the business makes the CIO even more important and influential. But it is a different type of CIO role, supported by a different type of IT function. Rather than being the gatekeeper of the technology budget and the provider of all technology used by the business, the new type of CIO and IT function act as brokers, providing advice, guidance and access to the technology required by the rest of the business.

The fact that the organization is turning toward technology more today should mean that the CIO’s role should grow in stature and responsibilities.   The role of the CIO is no longer about keeping things ‘locked down’ with systems, processes and acting as a gatekeeper. The CIO role of today (and tomorrow) should be more strategic and less operational.

A few years ago, I wrote about the changing role of IT in a post titled “Spitting IT – Operations and Innovation.” In that post, I argue for the splitting of IT into ‘operational’ and ‘strategic’ arms.  This idea makes even more sense today. Organizations are already heading down this path today…its just up to the CIO to ensure the IT group plays a part in innovation and strategy and they aren’t relegated to the back room in the world of operations.

CIO’s shouldn’t spend their time bemoaning their current predicament. They should see it as an opportunity to reshape their job, their career and the roles that the IT group can play within the organization.

Good post, Eric. And thanks for the nod! CIO means “Career is Over” only for those who’ve lost the desire to grow and do great work.

Thanks Gene. You are correct….the CIO role has plenty to offer organizations; they just need to step up.

[…] “The business then has difficulty because they’re not able to combine the best of both worlds in using data in the best way,” Brown explains. He elaborates on the idea more in a recent blog post, Woe the CIO. […]

[…] “The business then has difficulty because they’re not able to combine the best of both worlds in using data in the best way,” Brown explains. He elaborates on the idea more in a recent blog post, Woe the CIO. […]