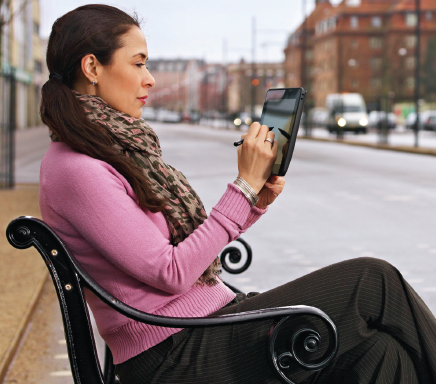 I’ve been talking with quite a few IT professionals lately about Windows 8 roll-outs and one of the things that always pops up is the topic of Windows RT.  Now…I’ve always been under the impression that Windows RT was just the name of the overall platform for tablets running Windows 8, but apparently they are different systems.

Windows 8 is a full blown operating system while Windows RT is a slimmed down version….I think of the difference as being similar to Mac OS-X and iOS….one is a full-blown OS while the other is devoted to mobile devices.

My colleagues in the IT world have shared their concern of not only rolling out one new operating system but two at the same time. Not only are they looking at rolling out two operating systems at once, there are some concerns around the security of Windows RT and the ability to even implement Windows RT in the enterprise.

While these concerns are valid, there’s some hope I think.

Dell and Microsoft have released a white paper titled Six Myths of Windows RT Revealed that attempts to dispel some negative myths about Windows RT.

The myths that are discussed in the document are:

Now…we all know white papers like this are generally marketing pieces, but there are some excellent points in this one that I thought were worth sharing.

From a management standpoint (Myth #1), Windows RT can be managed using Microsoft’s System Center Configuration Manager (SCCM) platforms like Dell’s KACE management systems just like any other Microsoft system. This will allow IT to set their standard policies and configurations for all Windows RT platforms.

With the ability to manage Windows RT using SCCM  the security issues can be addressed via security policies set by the IT Group as well as built in security within Windows RT itself.   There are some interesting aspects to Windows RT that I hadn’t run across before including the ability to do a complete remote wipe of the system if it is lost/stolen. Combining the management capabilities for the IT team with the built in security features, Windows RT looks as secure as any other device out there. A sign that organizations like Microsoft and Dell are focusing on security can be seen clearly in Dell’s recent purchase of Credant to gather more data security and encryption knowledge and services.

From an enterprise standing (Myth #3), I think this is really something that will require a hands-on approach to get a feel for how easy/difficult is would be to configure Windows RT devices within the enterprise.  The white paper describes the built-in features that make it easier to bring RT devices into the enterprise. One of the interesting aspects is the Virtual Desktop Infrastructure (VDI) included within the RT system, which makes it a bit easier to run legacy code on RT devices.

This brings us to Myth #4 regarding running Line Of Business apps on RT devices. Seeing the VDI capabilities had me thinking that legacy code can be run nicely on the RT platform but after reading about this particular myth, I’m a bit confused. An ‘application store’ is discussed that allows users to browse to find approved line-of-business applications. Now…I’m not quite sure if this is a ‘store’ that each organization builds or if this ‘store’ is something delivered by Microsoft.   This is one of those ‘hands on’ issues that I’d have to play around with before I could get a feel for how this works.

I’m not sure I understand Myth #5 – Windows RT is not good for BYOD users.  I see Windows RT as a great enabler of BYOD as it allows users to have their consumer device that is more easily integrated with the IT enterprise. With that…I’m not sure this is really a myth that I’ve heard…most people are on-board with RT being a BYOD enabler.  In fact, I think the BYOD angle is something pushed by Dell and Microsoft themselves as can be seen Dell’s XPS 10 Tablet marketing material.

Finally, the idea that Windows RT isn’t a full windows operating system.  I will admit  the first thing I thought of when reading about RT is that it is a slimmed down version of Windows 8. In fact, that’s how I described the OS in the intro to this piece. The white paper describes RT a bit differently as an OS built specifically for the ARM processor family.  This will most definitely keep legacy applications and even Windows 8 applications from running on RT devices without the VDI system or other type of emulator.  That said, I don’t see a big issue with RT not running legacy systems as I don’t really expect them to be able to do so. Dell recently published a review by one of their bloggers on their community that highlights the use of a Windows RT XPS 10 tablet, and from his review, it looks like there’s no real issue with being a full operating system as he was able to do everything he needed to do without issue.

So…back to the original question…are you rolling out Windows RT in your organization?    I’d love to hear your thoughts on these myths as well as your experience with the platform itself.

Very interesting point about Virtual Desktop Infrastructure. I’ll have to see if I can get that working on my Surface RT.

But as far as a viable BYOD option, the lack of Outlook would be frustrating for me. It’s very nice that Office RT 2013 is included, but Outlook really should have been part of the suite. I’ve not yet found a decent mail app in the Store. Also, the built-in Windows 8 apps (Mail, Calendar, etc.) are not very robust.

Hey Steve – thanks for stopping by.

Good feedback RE: BYOD. Without a good mail app (or Outlook) , it will be tough to get a lot of heavy uptake with the Surface. Do you know if there are other versions of Office for RT that include Outlook?

Based upon my understanding is that there will not be an Outlook client for the RT.

Thanks for that info Jeremy. Any thoughts on a good replacement for Outlook on RT?