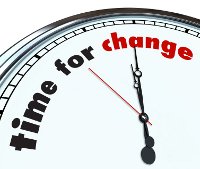 Mark McDonald over on Gartner’s blog network wrote a great piece this week titled Everything is up for grabs, making it a great time to be in IT.

In the post, Mark argues that everything in the world of IT is up for grabs and things are changing.

In it, he argues these key points:

Jump over and read Mark’s article…he’s spot on.

Everything in IT IS up for grabs…as I’ve been saying for quite a long time.  See my posts titled What’s wrong with today’s IT?,  Building Tomorrow’s Organization – without today’s IT? and The diminishing role of IT and the CIO (?) for a few examples.

The business world is changing and the old approach to IT will no longer work.  You can’t centralize everything. You can’t control everything.

And the faster IT leaders and professionals understand that, the faster IT groups can restructure and refocus.  I like how Mark says it here:

The possibility of refocusing people formally engaged in operating the IT infrastructure to evolving and innovating the enterprise creates an opportunity to define IT as a new center of excellence around enterprise productivity and performance.

Love it.  Absolutely love it.

Now…let’s hope more CIO’s and IT groups start realize that everything IS up for grabs and start innovating and evolving to become tomorrow’s IT group.

follow this guy – even though he reads my mind – ->>RT @ericdbrown: Time for IT to evolve – http://bit.ly/burPct #CIO

Time for IT to evolve – http://bit.ly/burPct #CIO

The changes in IT are happening rapidly. Soon employers will be picking and choosing from a global workforce.

Time for IT to Evolve: Mark McDonald over on Gartner’s blog network wrote a great piece this week titled Everythin… http://bit.ly/aTZEQj

Hi Eric, see another perspective, relevant (I believe) to this discussion, in http://www.economist.com/node/17388298. I think, if I understand it correctly, that it somehow disagrees with your point.

Thanks for the link Shim.

I’ll take a look at the economist article soon in more detail. Upon first glance, it seems that the argument is being made that the IT industry is going to see some benefits in the coming years.

I agree that that assessment…but I don’t necessarily think a lot of IT groups are ready to take the lead in realizing those benefits. I think many IT groups are still mired in basic operational aspects of IT that they aren’t staffed for or focused on these areas currently.

I can’t help but see the repeat of a familiar high-level pattern: most 80s = centralized IT around single, expensive computing platforms early 90s = decentralize IT with the proliferation of PCs and servers mid 90s = movement back to centralize as groups/business units saw costs to have systems and support staff exceeding their budgets plus growing commodity of IT skills late 90s = birth of business on the Internet re-decentralize because of new skill-sets and rapid new technology growth in new areas (web servers, etc.) 00s = .com crash = re-focus on centralizing, cost containment Now decentralizing focus due… Read more »

Interesting and logical perspective John, you’ve articulated very well what I’ve been thinking about yet found it difficult to pinpoint to-date.

Thanks John….great stuff as always…just posted a comment to your blog.

I agree with you actually…I hate the back and forth of centralized vs non-centralized IT…but I think that’s the wrong debate to have.

The role of IT should one that helps the organization use technology rather than implement, build and control technology. Now…perhaps that’s how your IT group works…but not how many of the IT groups that I’ve worked with have operated. Their idea of IT is keeping servers running and controlling all technology.

I just don’t think controlling technology should be the focus of IT today or tomorrow.

Shared: @ericdbrown Time for IT to evolve – http://bit.ly/burPct #CIO <JB:I see a pattern here, I added my comments