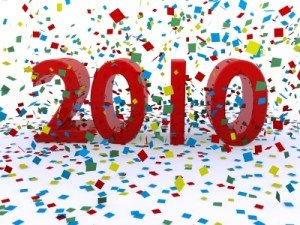 I realize it’s a few days into the new year and most people have already committed their 2010 resolutions to paper (or screen)…now its my turn.

Rather than use ‘resolutions’ to tell others what I plan to do, I began to use the “three words” method that I read about over on Chris Brogan’s blog. See Chris’s Three Words for 2010.

My three words and their definitions for 2009 were:

I wrote a mid-year review post to reflect upon what had happened in the first 6 months of 2009.

Overall, 2009 was a pretty good year. I did leave the independent consulting practice that I’d been building in Feb 2009 and have enjoyed the work at the BSA but I do miss the excitement and changes that come with having different consulting clients and gigs.

What I didn’t do well in 2009 was “Create”.  Most of my accomplishments from this past year were based around “thinking” and “leading”.

So…onto 2010.  What will it bring? I don’t know…but the three words that I’m using to drive me in this new year are:

Those are my three words and the driving forces behind my 2010.

Engaging. Comments are a great way to engage, don't you agree? The problem with comments is that they don't often remind me to come back. That said, I think comments are a good “shoulder tap” to remind people you're watching. : )

Comments are a great way to engage and a method that I fail to use more often than not. Thanks for watching Chris 🙂

I like build. Build can mean a lot of different things but for you Eric, it might start with building stronger relationships with your readers, your fans or even colleagues. The power of a strong relationship between to individuals can't be measured but the business that's created from that relationship definitely can.

Build is a word that can mean quite a bit…and I hope I can live up to it!

Tweets that mention My Three Words for 2010 -- Topsy.com

Engage, Create, Build. Very powerful words by themselves. Together, they provide a strong foundation for success. Just look to the Founding Fathers of our great country (and it is the greatest country in the world) or business leaders like Carnegie, Gates, Buffet, Kroc, Walton, and Grove for proof. The list could go on and on. Think about it – they all share the same drivers: Definitely engaged. Creators of the future. And builders of memorable, lasting things (and worth the effort). I like your drivers in 2010, Eric – and you're already walking the talk. We've re-engaged after some time… Read more »

2010 will be a great year…looking forward to getting some things done this year with you.