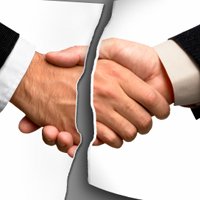 CIO.com has an article titled “CMOs and CIOs: Can This Relationship Be Saved?” where they discuss surveys results released by the CMO Council and Accenture.

The CIO and the CMO are two of the most important positions in today’s organizations and should be working extremely closely…but these survey results show that to not be the case at all.

Some highlights from the survey are below with a few choice words added as commentary from me.

More than half (58 percent) of IT executives said they were championing, spearheading or shaping the digital agenda at their company, whereas fewer than one-fifth (19 percent) of the marketers said that the digital agendas at their companies were being shaped by IT executives. Instead, 69 percent of marketers said they were the ones in the driver’s seat.

Lots to say here…but I’m only going to say this:  If there’s this much disconnect between the CIO and CMO, organizations are screwed.

Pretty interesting results from the report. I’ll be digging into them in more detail in the coming days.

One piece of the article that caught my attention…even above and beyond the quotes above was this paragraph towards the end of the article:

From the CIO’s point of view, then, it’s better to be proactive with the marketing organization than reactive. The CMO Council-Accenture survey demonstrates that today’s CMO is unafraid to do an end-run around IT if necessary.

Ok.  I agree…but what bothers me is this –  The takeaway for CIO’s reading this article is that they are supposed to be proactive when it comes to marketing?

Is that something new?  And..is it JUST with the marketing organization?

Have we become so backwards in the world of IT that we have to be told to be proactive in helping other groups within our own organization?

Where’s the CEO in this mess?  Why is there such a disconnect between CIO’s and CMO’s?  Can anyone say ‘leadership problem’?

How do we fix this?    Look for more thoughts on this later this week.

Should be joined at the hip Eric – nice piece RT @ericdbrown: The Relationship between the CIO & CMO? http://bit.ly/9mPTsX #cio #cmo

The Relationship between the CIO & CMO? http://bit.ly/9mPTsX #cio #cmo

#baot Reading: The Relationship between the CIO & CMO? http://ht.ly/19iE5K

30% of IT Execs noted that they “lack the time and technical resources to help marketing. http://cnvr.ca/9WGU9Y

The Relationship between the CIO & CMO? http://j.mp/dkyxDf

[…] end-user workforce productivityEarlier this week I wrote a post titled “The relationship between the CIO and CMO?” where I reported on a survey from the CMO council (as reported by […]