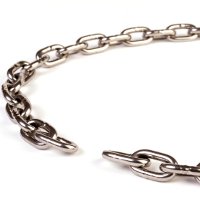 As promised in earlier posts (here and here), its time to talk about the two main issues that cause problems between the CIO and the CMO.

In CIO’s vs CMO’s – what’s the real problem?, I looked at some of the issues that exist between CIO’s and CMO’s and wondered what could be causing the problems that have existed between the IT group and Marketing. In that article, I came to the conclusion that everything can be boiled down to two main areas that are currently lacking: Communications  & Leadership.

Why these two areas?

Well…based on survey results of CIO’s and CMO’s where both believe they own and drive digital strategy.  For a recap, those results, as shared previously, are:

58% of CIO’s / IT Executives said they were leading the digital agenda at their company.

69% of the CMO’s / Marketing Executives said that they were leading the digital agenda.

Bit of an issue with those numbers, don’t you think?

So…why would the majority of CIO’s and CMO’s believe they owned the ‘digital agenda’?  In the previous article, I looked at the goals / projects for each role and saw that, for the most part, they augment each other nicely.

That being the case, there can be only two reasons for this disconnect.  The lack of communications between the CMO, CIO and other management and the lack of leadership at the CMO, CIO, COO and/or CEO level.

Think about it…if everyone was communicating…you wouldn’t have the diametric positions above where CIO’s and CMO’s both believe they are leading the digital agenda.

How do you fix the issue though?

I wish it was as simple sitting both people and their teams in a room and saying ‘discuss’….but obviously, it isn’t.

The leadership problem is a much larger one to solve because it touches on many different issues, such as culture, leadership styles and organizational strategy…but it must be addressed.

While I don’t necessarily have answers to how to fix these missing links between the CMO and CIO, I do have some experience first-hand…and maybe from my experiences, a few nuggets of knowledge can be gleaned.

Read on for an example of how poor leadership and lack of communication caused a major project to fail, wasted hundreds of thousands of dollars wasted, and created an environment that stopped any form of social media projects from occurring for years to come.

Before we continue with this example, it should be stated that no one person was responsible for the mistakes outlined…these mistakes and failures were born out of poor organizational culture.

On with the example.

While working on a CMS Implementation project for a large non-profit, I was asked if I’d be interested in helping out on a new project to build a social networking platform for this non-profit.  I was intrigued with the idea and agreed to help out.

My initial thought was that the marketing group had kicked this project off….but I soon realized it was strictly an IT project being spearheaded by the CIO.  Fair enough…perhaps the Marketing team was involved in the planning.

We have our first project meeting and I soon realize that the project is much further along that I had originally thought.   Interface designs had been approved. Vendors had been selected.  Project plans had been created.  Contracts signed.

Oh boy.  What did I get myself into?

During the kick-off call with the vendor, it became apparent to me that this vendor wasn’t the right one for the job, but the contract had been signed.  It also became apparent that the CIO was driving this project forward with zero input from the marketing team. Oh…and I also learned that the CIO had no idea what HTML or CSS was.  Fair enough…he doesn’t really need to know that but a knowledge of the concept would have been nice.

So..the project is kicked off and we start down the path of implementing private social network.   The app would be a SaaS platform hosted by the vendor and integrated with the organization’s security system for authorization and authentication.  Easy enough.

Technically speaking, the project was fine.  People had thought through the technical challenges.  But…there had been no real thought put into what this new private social network would be used for.  Imagine my surprise when I heard the CIO say he was going to build it and then figure out what to use it for. Egads!

I then had to ask the next important question…why are we building something when our users can get the same thing from Facebook?  The answer?  Security and privacy for our users.  Ok…I can see that…this non-profit dealt with children so security was a major concern.

When the platform was released, there was a lot of crickets chirping inside that social network.  Many people within the ranks of the non-profit’s volunteer ranks didn’t know about it (and still don’t) and very little could actually be done within the social network.

Most within the organization considered the project a failure, and many predicted it would fail.  There was nothing within this social network that would draw people in from other more open networking platforms.   There was no real engagement within this platform either.

No matter how you look at it…it was a failure…but why?

What lessons can be learned from this project?

A few that are relevant to the communications / leadership discussion.

First…the CIO took it upon himself to build this social network without any discussion with the marketing department or CMO.   Poor communication and leadership there.

Second…the CMO, upon hearing about this project, should have stepped up to assert himself.  The project, which is clearly something that the marketing team should be a part of , should have been driven with more business requirements than technical requirements.  Poor communication and leadership again.

Third…The senior leadership of this organization sat back and let this happen.  At one point, people in the very senior levels were asking about the validity and usefulness of this platform…to which all I can say is this: if you don’t understand a project, don’t believe in the project and aren’t sure it will succeed…stop the project.  Poor communication and leadership yet again.

There are a lot of things that could have been done differently, but the main lesson learned here is this:  The CIO should not have been driving a social networking project.   That’s the realm of the marketing / PR department.   Sure…the CIO and IT group should be involved if a new technology is being implemented, they shouldn’t necessarily own the project.

Now…if there had been better communication and leadership occurring during this project, would it have succeeded?  Maybe…maybe not.  But it would have had a better chance at success.

The missing links – leadership and communication

Back to the premise of this article…better communication and stronger leadership from CIO’s and CMO’s are necessary to make things operate more smoothly in the future.  Marketing departments are involved in more technology projects and will continue to be involved in these types of projects in the future.

Its time for the CIO and CMO to truly understand each others goals and projects so they can both provide leadership to those projects.  Without communication between these two people and leadership from them, things will continue to be murky in the work of IT and Marketing.

Hopefully, results from next year’s survey will show a much clearer understanding of who’s driving the digital agenda within organizations.