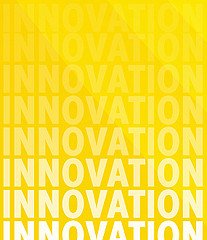 Joel Dobbs published a great piece titled The Entrepreneurial CIO: Putting Innovation to Work over on the Enterprise CIO Forum.

In the article, Joel points out some excellent ideas for CIO’s to use to start pushing innovation within the IT group.

In the article Joel provides some great suggestions on building innovation IT groups.  Not only are they suggestions for ‘things’ that can be done…they are suggestions for  a new leadership approach for the CIO.

One of the real drivers of innovation in any organization is the ability to try new things without the fear that you’ll get fired for a mistake.

Creating an engaging and safe environment for experimentation is the quickest way to drive innovative ideas.  Most IT groups are not known for their ability to ‘experiment’ with new ideas. Well…they do experiment but its usually in a very strict, controlled manner.

Instead of controlling experiments, open things up.

Open up idea generation to the entire organization. IT isn’t the only group of smart folks withing a company. Listen to what the rest of the organization has to say about technology.

One of the best CIO’s I’ve worked with in my career had this saying on his desk:

Its kind of corny…but it sets the stage for where this CIO is coming from. He was OK with failure, as long as it was failure that was accomplished via calculated risks and lessons were learned from the failure.

He was able to innovate because he was able to allow himself and his team to think differently, which came from the safety they felt in being able to fail.