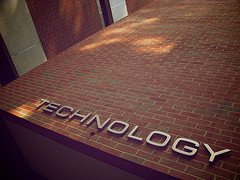 I wanted to follow up to my last post (For Models for Success for the CTO / CIO – CTOVision) with a few quick thoughts on the The External-facing Technologist CTO / CIO role described by Tom Berray (link to a Word Doc).

The external facing technologist role is one that’s lacking sorely in most organizations.  This role doesn’t necessarily have to be the one undertaken by the CIO / CTO, but should be a fairly important role in any IT group and organization.

I wrote a little about the technologist role, and its importance to the future IT group in a Cutter Journal article titled The Futureproof CIO (co-written with Gene DeLibero).  In the article, Gene and I talk about what CIO’s need to do to ensure there’s a role for them and the IT group in the future.

In that article, I wrote:

Tomorrow’s CIO must continue to evolve much like the CIO of today has. Gone are the days of the ‘old’ CIO who manages IT operations and ‘keeps the lights on’. Also gone are the days of the ‘present CIO’, who’s focused on delivering low cost IT services while providing innovative platforms for organization’s to overcome their competition. Tomorrow’s CIO will need to be focused first on the business and technology second.

The CIO of the future must find a way to use the commoditized world of today’s IT platforms and services to create competitive advantage in the future. Rather than spending time building systems, CIO’s and IT groups need to utilize systems in new and unforeseen ways.

The article continues on (and on…you know how I like to type) but eventually I come back around to talk about Google and Amazon’s use of existing technology platforms to drive new revenues.  Another piece from the article:

Both organizations have seen information technology as an enabler to drive new revenue.

The External-facing Technologist role can help an organization drive new business but using new and/or existing technology for new service and revenue opportunities.

Of course, the External-facing Technologist role is a key one but it isn’t the answer to every prayer.   There still needs to be someone within IT that takes on the The Infrastructure Manager, The Big Thinker and The Technology Visionary and Operations Manager roles.

Which role is most important to your organization?  Which one is missing?  I’ve found the External-facing Technologist is usually the one missing in most organizations.

I believe that you are correct – this will become a “key” role / skill. I think IT leadership that do not proactively move quickly enough will see many of these role’s being created outside of IT. (as an example, your Marketing Technologist role) To borrow a term that did not exist when I started in the technology field, Proactive IT leadership need to have embedded external facing roles in other business units. This role to both educate and champion the business unit, while at the same time understanding their requirements at a level ‘remote’ IT could never do. Thanks… Read more »

It's time to take off the propeller head fellas: http://bit.ly/etyAle

RT @sapientmaytag: It's time to take off the propeller head fellas: http://bit.ly/etyAle