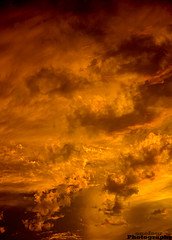 We all know about it.

We are probably all tired of every blog talking about the Cloud.

So which is it… Trend, fad or reality?

In a recent post titled Cloud, a trend, an opportunity or a must?, HP‘s Chief Technologist Christian Verstraete writes:

…the business is looking to become more agile and responsive and this is particularly important in the current, volatile, market environment. To do that, companies should have a better understanding of their marketplace, customers, competition, partners etc. And obviously they want to do that at lower cost while freeing up as much capital as possible. So, the CIO is confronted with a need to respond faster to ever changing requirements while providing an increasingly flexible infrastructure. And that is where cloud comes in. It provides the required infrastructure at lower cost…

Great paragraph that. The last sentence is one that many people might argue with though…although I’m not one of them.

The Cloud is a trend. We are moving toward a more robust, agile, “not here” infrastructure.  The cloud gives IT & organizations the opportunity to move, grow, react and deliver. The cloud is a trend just like computers were a trend when they first hit the business world…and that trend is still being ridden.

The Cloud is a fad.  We’ve heard about things like the cloud before. Those things that are going to “change IT forever”.  I don’t know how many meetings I’ve sat through  where’s I’ve heard “this is the next big thing”. Rarely…have those ‘next big things’ really been just that.  The cloud is a fad just like the computer was a fad when the first hit the market. Fad’s often morph into reality.

Cloud is there to stay, it may be called differently in the future, but the fundamental concept of running services on flexible environments owned either by the company or by service providers is a given.

“The Cloud is simply another option for infrastructure for an organization.” Indeed.  As much as vendors have tried to use “the cloud” to get back in front of CIO’s to get more face time and offer re-branded products, the cloud is just another option.  It is not the end all be all and it isn’t going to work for every business need.  But it is a viable option in certain situations that a few years ago just wouldn’t have been possible in cloud form.

“…a viable option in certain situations”.  Those few words sum up the Cloud.  Very powerful.

The cloud is a viable option…it may not always be the cheapest or best option…but it is an option.

[…] SMBs, along with a lot of hype. Eric D. Brown has an interesting take on the subject on his blog: The Cloud – Trend, fad, reality? Yes. The bottom line: Do your research to make sure it’s right for your […]