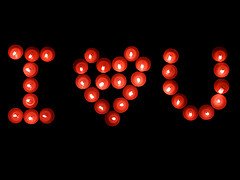 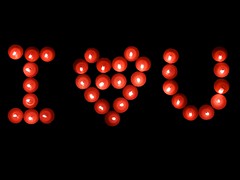 I’ve been reading a lot lately about the ‘love affair’ between Chief Information Officer’s and Chief Marketing Officer’s around the world.

I think this is a good thing…as long as this is ‘true love’ and not just infatuation between two groups that are starting to have to work closer together to get things done.

As many of my regular readers may recall, I’ve written about the CMO and CIO working closely together in the past.. for a few examples – see here, here, here and here.

Recently, other’s have been picking up the cheer for a closer relationship between marketing and IT.    A few examples:

The above articles are great…Jump over and read ’em.

In order to make this new love affair between IT and Marketing work long term, there needs to be some serious buy-in from the other senior leaders. Without a clear agenda being set for the CIO and IT to outlines their role as the organization’s technology consultants and governance professionals AND a clear agenda set as to the role of the CMO and the Marketing team in these technology projects, this love affair is doomed to failure.

Think back in time to other relationships between IT and other parts of the business.  Think HR technology, finance technology, ecommerce projects…etc etc etc.

What’s generallly occured in these projects?  Have they all be successfull or have the generally failed?  What’s happened to the relationships between IT, HR and Finance after a PeopleSoft implementation or a large ecommerce rollout?

Will CIO’s start to feel like the CMO is usurping their ‘control’ of enterprise IT? Will the CMO feel like the CIO is trying to ‘own’ all technology without input and feedback from marketing?

Anecdotal evidence of some cracks starting to show in this CIO / CMO love affair can be found in a blog post titled Irreparable Cracks in the CMO-CIO Relationship? where the author reports on feedback received at the recent Dreamforce ’11 conference.  That feedback doesn’t bode well…CIO’s are feeling threatened by the CMO – and vice versa.

So…is this new-found love real or just puppy love? Are the CIO and CMO really in it for the long haul, or are they just feeling the same infatuation that teenagers feel during their formative years?

In order for this new-found love yo grow into something real, there must be a true level of trust built between the two people and teams.  Both teams need to understand the roles and responsibilities of the other teams and people.

In addition, the CEO needs to clearly define the roles of the CIO and CMO in this new digital marketing world. If the CMO is to be responsible for portions of their own technology roadmap, that needs to be outlined and worked out so that the CIO and IT staff understand this and can provide the appropriate guidance and consulting to make these marketing technology projects successful.

We can talk about the rise of the CMO and Marketing Technology professionals all day…but without proper guidance and buy-in from the CIO, CEO and CMO, this love won’t last…and may turn to downright hatred.

CIO’s and CMO’s – if you want your love to move from the ‘puppy love’ stage of infatuation to a real, long term, love – make sure you work on the soft-skills. Work on the trust between yourselves and your teams. Work on roles and responsibilities. Work on the core competencies of each team.

Right now, the CIO and CMO are holding hands walking down the hall way just like two teenagers in love. But real love takes hard work….let’s hope the IT and Marketing teams are up to the effort to turn this new-found puppy love into a real, long term relationship.

The CIO and CMO – true love….or puppy love?: I’ve been reading a lot lately about the ‘love affair’ between Chie… http://t.co/z7oqPDsG

@chiefmartec – mentioned you in Tuesday's post The CIO and CMO – true love….or puppy love?- http://t.co/Yw1Kwrnk …hope you are well

[…] Eric D. Brown has some interesting things to say about CIOs and CMOs getting along on his blog: The CIO and CMO – true love….or puppy love? […]

[…] in the same bar.They made plans to meet at Good Time Charlies on Monday.   You know – the CMO and CIO are best friends now so its time to go have a few drinks together, right?They agree on a time and day and schedule […]