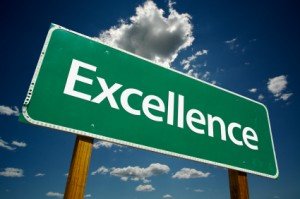 Technical Excellence is something we all strive for in areas that we care about. We all want to be really good at something don’t we?

But…is technical excellence really going to make you the best?

You might be able to shoot the perfect three-pointer or setup a database so that its optimized perfectly. But can you do these things in such a way as to make a real difference for your organization and/or yourself?

Can you shoot that perfect three-pointer when it matters in the big game?  Will your database configuration and optimization knowledge help restore the network & databases when the entire network crashes?

While there’s nothing wrong with striving for technical excellence, you should probably stop and ask yourself the following question:

Is Technical Excellence enough to make a difference?

Technical excellence is worth striving for but sometimes it’s only the beginning.

Technical Excellence gets you to “Point Zero”

My good friend Roger Morgan is the Lead Photographer for the Boy Scouts of America.  Roger has decades of experience as a photographer and got his education from the prestigious Brooks Institute.

Needless to say, Roger is a great photographer.  He’s told me a few times that all the years of study at the Brooks Institute gave him the technical knowledge he needed to take a good photograph.  But…all that knowledge only got him to Point Zero.

In other words, the technical expertise Roger obtained allowed him to be able to take a good photograph but it was Roger’s skill, creativity and eye that has allowed him to get past Point Zero.

Roger’s technical excellence served him well and allowed him to get started but it’s his experience and natural abilities that have allowed him to be successful.

Think about Michael Jordan. The man is one of the greatest basketball players to have ever played the game.  He lived and breathed basketball and definitely practiced the 10,000 hour rule.

All that practice allowed Jordan to become technically excellent as a basketball player.  He could shoot. He could move.  He could really play the game.

Jordan’s technical excellence got him to Point Zero. It was his skill, passion and drive that moved him past it.

Point Zero in the IT world

In the IT world, we have a lot of people who are really smart and really good.  There are people that are called ‘gurus’ because they are so technically capable at managing databases or managing projects.

But have these gurus moved past Point Zero?  Are they able to utilize all their abilities and skills to build upon their technical expertise and create something of value.

As the CIO or Senior IT leader, have you moved yourself and your team past Point Zero? Anyone can build a server farm to serve the needs of the organization & be disaster proof, but very few have taken an innovative approach to turn those server farms into revenue for the organization (think Amazon or Google).

How will you move yourself, your team and your organization past Point Zero?

Hi Eric, great post. The question is: Without technical excellence, would you even fail to get to point zero? Would Roger have been a great photographer with loads of creativity, but not technical perfection?

Links for week of 4/12 | Reading About Leading

[…] technical excellence enough?  According to this post, its just the […]

@jurgenappelo thanks for the favorite & Share of Technical Excellence isn’t enough http://bit.ly/cxK1Ca