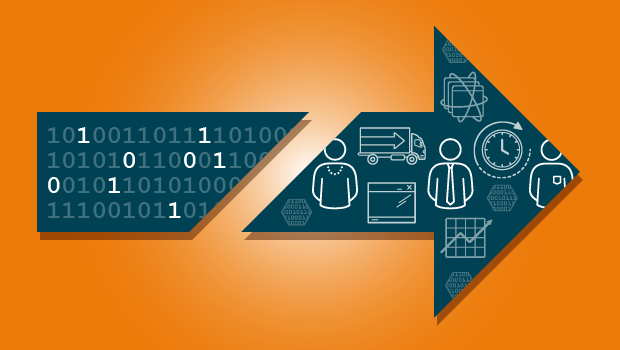 How many of you would go sky diving without learning all the necessary precautions and safety measures necessary to keep you alive? How many of you would let your kid drive your car without first teaching them the basics of driving?  While not as life-and-death as the above questions, data preparation is just as important to … Read more

I just finished reading an article over on Fast Company titled “How Designers Are Helping HIV Researchers Find A Vaccine.”  The story related in this article is a perfect example of what ‘good’ data science looks like.  The data scientists and designers worked together to build a platform that made it easy for anyone to dive … Read more

As I mentioned a few weeks ago, I’ve been capturing and analyzing the #CIO twitter stream.

I’m interested in the CIO topic, have the capabilities to do the work and there are some really interesting aspects to twitter users and messages that I’m enjoying studying…so I chose this particular topic to take a more detailed look at.

Update: Per feedback received, I wanted to make the goal of this project clear:

I am looking for ways to ‘measure’ influence and ‘quality’ of twitter users for my doctorate research. While my research is focused on the stock market, I am using the #CIO data stream because it is one that I know well and can follow easily. Using this stream, I am able to build my analysis tools and work through analysis issues that I will re-use in my other research areas. Ultimately, there’s no real “actionable” goal from this particular stream’s research other than to be able to see what is being shared, who is sharing it and how the information might be consumed and re-shared.

Below are some simple results from the analysis. 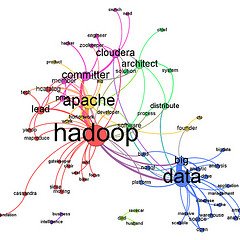 This post sponsored by the Enterprise CIO Forum and HP. Big Data is a Big story these days and has been for some time. Big Data is a big business too….and will most likely continue to grow. Big Data is a topic that many in large organizations are talking about…as are many consulting and technology companies. HP, among … Read more 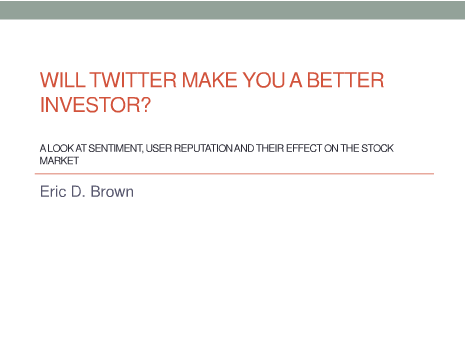 I just finished giving a presentation titled “Will Twitter Make you a better investor?”…and like I always do with these presentations, I recorded one of my rehearsal’s to share. In this presentation, I provide an overview of my research into using twitter sentiment and message volume as inputs into modeling stock price movements. A quick … Read more