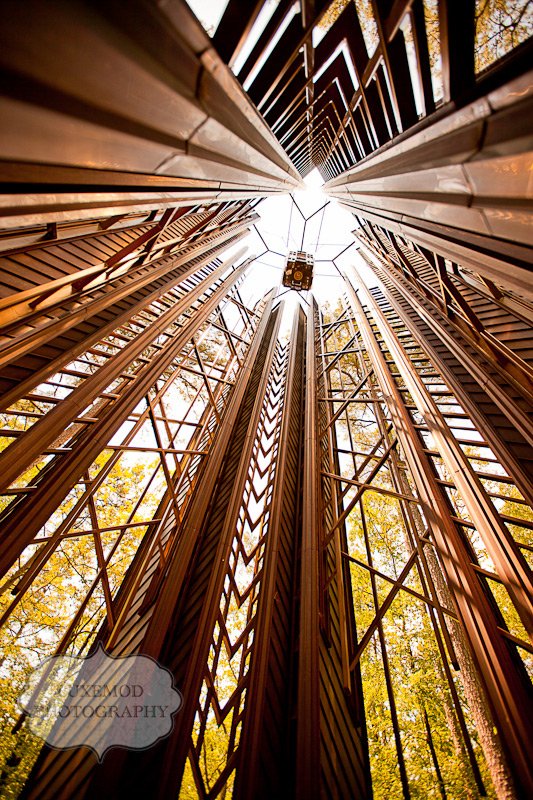 I don’t think there’s anyone out there who would argue that the world of IT has become a complex one.

The systems are complex.

The processes are complex.

The people are complex.

And…the business is complex….and its getting complexier (I just made that word up!)

Its tough enough for most IT organizations to keep the basic infrastructure running (i.e., ‘keeping the lights on’) and keeping data secure. Add to that the responsibility of CIO’s and IT for driving innovation and competitive advantage with technology and you’ve got a full plate for IT.

As I mentioned in Not What, but How – Connecting IT and the Business, CIO’s are starting to focus on driving innovation and competitive advantage with technology…but its extremely hard to do so with a cadre of IT professionals who’ve been trained over the years to shy away from innovation.

In that previous post, I mention the need to focus on the people in order to really deliver value in the future.   I definitely believe that without innovative people, you won’t get innovative ideas….and a good portion of IT professionals are paid not to be innovative…they are paid to keep servers running and data secure.  That’s not to say that these people can’t be innovative – they can – but they are paid to watch processes and control ‘things’….not deliver innovation to the business.

I’d take that a step further and say that there’s a another, much larger split, coming to IT.

I see organization talking about, and moving to, a split between Operational IT and Strategic IT.  Most organizations have already done this to a point…but i see this split happening much more broadly in the near future.

Some of you may be thinking that this type of split already exists…and it does….to an extent.  Most organizations have split IT into many different groups – operations, application development, product management, support, etc.  But…what I’m talking about is much more radical.

Operational IT will focus on the tactics necessary to keep the lights on and servers running. Strategic IT / Business Technology will focus on the strategy use of technology for the organization.   Both groups will co-mingle and work together of course…but the teams will have different goals and different types of people working within each.

I think one of the real leaders in thinking about this space is Gartner’s Mark McDonald.   Take a look at his post titled What is the difference between remaking and re-imagining IT? In that post, Mark writes:

…a remake of IT changes the IT environment but not the IT’s culture, momentum or direction.  An IT remake is often caused by major shifts in the technology infrastructure, like the cloud.  We are seeing this know when people are asking to hire ‘cloud’ architects, developers, etc.  That is a remake strategy in action, replicating the old structure with a new qualifier. The result is same basic IT organization, practices and players all working on a modern infrastructure and tools.  Just look at your organization today, how different is it structurally than the organization you had to support client/server or perhaps even the mainframe.

The push to remake IT is just another attempt at putting lipstick on a pig.  It may look better, but that lipstick will rub off eventually…and you still have a pig. I probably just angered every IT professional there with that pig comment…but you know what i mean.

Let’s stop glossing over the issues and trying to remake IT…the people and culture just aren’t there to be able to turn on a dime for the changes that need to happen.. Today’s operationally focused IT departments will not be able to deliver innovation.

This new group looks nothing like yesterday’s IT.  Gone is the mindset of being process bound and being in control of everything related to technology.  The Strategic IT / Business Technology group has to focus on solving business problems with technology. The types of people that are hired for this team are creative technologists who understand how to apply technology to solve a problem while also maintaining proper security and infrastructure requirements.

Some may argue this is nothing new…and maybe it isn’t.  But…if its nothing new….then why are we all still talking about the need for IT and the CIO to drive innovation and deliver value?

Lets stop trying to remake the IT group and IT professionals into something they aren’t. Let’s let the operational side of IT do what it does best and start building the Strategic IT / Business Technology group to really drive innovation for the business.

Excellent post Eric! I think this is an accurate portrayal of how IT operations are evolving right now. If you’ll recall a couple of years ago the buzz was about “IT/business integration”, but if you look at the top 10 companies in the U.S. in terms of market cap, 6 of them are “technology” companies, which really means that the business IS IT. So the logical conclusion to this would be a radcial split in how IT is is implemented and managed. If you were to break it down to the officers who oversee these different areas, I tend to… Read more »

Operational IT is such a major part of every organization that its time to split the thinking between operations and strategy. I agree with your thought of a CIO and CTO with the CIO running the business technology function and CTO running IT operations. The COO over IT ops isn’t a bad idea either…that would give operational budget to the IT operations team and allow the CIO to run a lean, innovative strategically focused group.

Splitting IT – Operations and Innovation: I don’t think there’s anyone out there who would argue that the world … http://bit.ly/itDeOJ

Agreed! RT @pcalento: Splitting IT (re: @EricDBrown blog http://ow.ly/4YBCe) only works if folks realize well-run IT ops are valuable skill.

I had to stop at ‘complexier” and comment… excellent word, want to see it in my next Funk and Wagnell,,,

Good article on how IT should be divided – http://t.co/CYbcafh

Thank you for articulating a divide I have wrestled with for the longest time: as a software developer I always rankled at the idea of being lumped in with “IT”. IT is always the group labeled as the folks that are saying no, the guardians of security, the deniers of access, etc. For all the reasons you state so well, these responsibilities are so often antithema to software development’s need to experiment, explore, and innovate, and to do so quickly. It’s a natural divide. Here’s another: teachers and schools district IT departments. A recent Educational IT forum asked whether or… Read more »

In just about every organization I’ve worked in and/or known, IT is the ‘denier’. Now…that is for a reason…IT professionals don’t just say no because they want to (ok…maybe some do) but because that’s what the process requires.

If we can find ways to keep the IT operations side of things working and keeping things running while also saying ‘Yes’ more often, we’ll be in a better place.

Remembrances of ReOrgs Past « The Dark Side Geek

[…] of ReOrgs Past by Bill Houle on May.20, 2011, under Management In an excellent article, Eric D. Brown argues that the way to drive innovation within IT is to radically realign the […]

I’ve been pushing this issue for over 10 years now, I started in the late 90’s with creating a “learning organization” within the Grant Thornton management consulting group around SAP. I’m glad to see some folks finally “talking” about it. I’ve been working on delivery models to make this happen for the last 5 years and have an ASUG (America’s SAP User’s Group) meeting planned in Atlanta to review some of them with large companies. Michael Doane and a few others have been working on this for many years. – Using Your SAP Steering Committee for Business Transformation http://www.r3now.com/sap-steering-committee-for-business-transformation –… Read more »

Hi Bill – Thanks for the links…I’ve got them on my reading list.

Splitting IT – Operations and Innovation http://bit.ly/lup568

Splitting IT – Operations and Innovation https://ericbrown.com/splitting-it-operations-innovation.htm

Splitting IT – Operations and Innovation https://ericbrown.com/splitting-it-operations-innovation.htm

Splitting IT: Operations (what we have today) and Strategy (innovators solving business problems) http://ow.ly/54jrw RT @digitalassetman

“Rogue IT” or the Little Red Hen? « The Multichannel Content Blog

[…] evolving into two segments, one to handle operational and support issues, the other to focus on providing strategic and technical insights to ensure those solutions conform to the enterprise’s IT architecture and […]

The IT Reformation and the Splinternet (Part 3), by Frank Johnson | Hub Designs Magazine

[…] important than an optimal degree of openness.  Too many such choices would make it difficult for a post-Reformation IT department to ensure information and applications work together both internally and with business partners and […]

Splitting IT into 2 distinct groups. http://ow.ly/5T4C9

Are you building an “order taker” or “solution maker” environment? | Eric D. Brown

[…] many IT professionals behind if they don’t change.I wrote an article a few months ago titled Splitting IT – Operations and Innovation that talks about the need for IT to change or have change forced upon us. In that post I […]

Are you building an “order taker” or “solution maker” environment? | Eric D. Brown

[…] many IT professionals behind if they don’t change.I wrote an article a few months ago titled Splitting IT – Operations and Innovation that talks about the need for IT to change or have change forced upon us. In that post I […]

re read this again today – Splitting IT – Operations and Innovation http://t.co/oZwYRXau via @ericdbrown

The Changing role of the CIO by Eric D. Brown

[…] answer…at least for me…is the latter.  In fact, I wrote a post last year titled Splitting IT – Operations and Innovation where I touch on this very topic where I wrote: I see organization talking about, and moving to, a […]

[…] few years ago, I wrote about the changing role of IT in a post titled “Spitting IT – Operations and Innovation.” In that post, I argue for the splitting of IT into ‘operational’ and […]