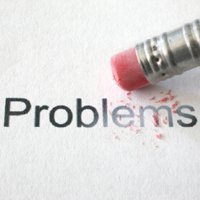 Over on InfoBOOM yesterday I wrote a post titled The Cloud and The Silo where I discussed one of the current challenge of CIO’s and IT groups today – that of non-IT groups going to the cloud for their IT services/applications.

I’ve mentioned the topic before in posts about Shadow IT and the diminishing role of the CIO. I have also argued for a broader role for non-IT groups in managing their own technology initiatives – as long as IT has a role in those initiatives.

I’m a big fan of the concepts behind Scott Brinker’s Chief Marketing Technologist concept and would love to see that approach taken within a few companies that I’ve worked with/for…I think it makes a lot of sense.

I’ve heard many IT professionals  lament that these non-IT groups are ‘going around IT’ and aren’t ‘following the processes’ setup by the IT group and the CIO. I’ve also heard many non-IT people talk about ‘going around IT’  because IT is ‘just too slow’ and “they can’t get anything done”.

While there are a lot of issues here that must be addressed by the organization (and the CIO). There’s a leadership issue at play here…one that squarely lands on the IT and CIO’s shoulders.  If the IT group can’t get something done, then you can’t really blame someone trying to find someone / something that will get the job done, can you?

But….I’m also concerned that there’s a larger organizational issue at play here.  Allowing IT to be circumvented, regardless of the reason, shows a disrespect that would drive anyone crazy.  Would the finance team be happy if someone went around them to run their own books?

OK…so I am rambling a bit here…but the basic question I have is this: By ‘going around IT’, are we building a bunch of silos around the organization that will come back to bite us in the ass in the future?

I’ve heard proponents of ‘going around IT’ say that the cloud makes them more agile.  The cloud allows them to rollout new products, offerings, initiatives much faster then when waiting for IT.  All true.

By ‘going around IT’ and using the cloud to build applications and/or roll-out services, are organizations building silos that will never be integrated? Are we building these silos without a thought to what happens to the data?

What happens to the customer data ‘in the cloud’? What happens when you change platforms?  Will the data ever be pulled back into the enterprise for use by other parts of the organization?  Does it need to be?

All valid questions that many people ignore and.or dismiss as irrelevant.  I’ve even heard a few people say ‘to hell with the data…it doesn’t matter'(!!!!!).  Of course it matters…data is the lifeblood of the organization.  If it doesn’t matter to you, you’re missing the point of whatever project you’re working on.

Now…don’t get me wrong here…there are times when going to the cloud is the right way to go.  There are even times when going around IT is the only way to get something done…heck…I’ve done that myself.

But…before you (or I)  ‘go around IT’ to get something done….take a few minutes to think about the long term implications.

Are we solving our problem today while at the same time creating more problems for tomorrow?

Are we solving our problem today while at the same time creating more problems for tomorrow? – an emphatic “Yes!” The short term gain might be realized by going around IT, but how many IT systems today work in complete isolation from every other IT system in an organization? None. Every system has a connection to another system for some reason or another. Thus, you might be able to spin up that SaaS system with a vendor quickly, but come yearly/quarterly audit/compliance review time, or MDM/SAO/SSO/IAM/BPM/BPO/etc. integration time, the benefits of spinning that system up quickly come at the price… Read more »

Short term gains are good but they could definitely be setting us up for long term pain.

For any solution you define, be that in IT, with IT or just in the business, you have to ask the question.

What is the legacy?

Think about where you are today, the issues and problems and the things your trying to solve. You got here through the implementation of some solution or other. You can be sure that no one ever gave the idea of legacy a thought, the idea of what will the next solution after this be starting from.

Going around IT – good or bad? via @ericdbrown – http://t.co/jAi2WBv – wonderful post #atc