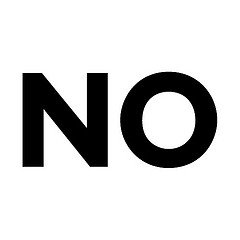 I read an article over on CIOZone.com titled Should the CIO Head Up the Marketing Dept As Well? that left me speechless (for a minute at least).

Initially, I wanted to believe the author was asking whether the CIO should head up marketing technology, but I  don’t think that’s what the author was asking. I really do believe he was proposing that the the CIO lead marketing. In other words…should the CIO also be the CMO.  Note: a thought has crossed my mind that the article was written as link bait…and it worked.

Even thought marketers use technology a great deal today, marketing is about much more than technology.  We talk a lot about the CIO and the IT group being more business focused, but this is more than business focused…this is the CIO taking over a completely new function.

Now….I come from the world of IT. I grew up in telecom and IT and am a technologist….but I know enough to know that there are very few CIO’s who would want the role of CMO. Even more, I don’t know many CIO’s that have the skill-set to be a CMO.

The marketing group in most organizations is a technology driven organization.  The CIO and the CMO should be close…but I think the two roles and groups are just too different to say that a CIO should also be the CMO…or vice versa…the CMO take on the role of the CIO.

How many IT professionals would be happy with the news that the CMO was taking on the role of the CIO?   Very very few. There would probably be a mutiny if that were to happen. So why, then, would an IT professional think the CIO should take over the marketing group and functions?

IT and Marketing are different functions with different foci.  Sure…marketing teams are becoming more technology-centric, but that doesn’t mean that marketing does what IT does nor vice versa. Just because a CIO and the IT team helps marketing with their technology and technology efforts, that doesn’t make the CIO a marketer.

Think of it this way – you helped the local hospital implement a technology system for the Operating Room.  You spend days, weeks and months working on that system.  You know it inside and out….you are the expert at the system that the doctors and nurses use while the OR. In your time working on the system, you’ve picked up some terminology from the doctors/nurses and you’ve even watched a few surgeries.    You become very comfortable talking about the OR, surgeries and the OR technology platform.  But….does that mean you should declare yourself a doctor and start operating? No.  You’d be laughed at, fired and perhaps even put in jail.

So…the answer to the question Should the CIO lead Marketing? is a resounding NO.

I briefly skimmed the less than impressive article and came to absolutely the same conclusion. I don’t begrudge the author his views, but they don’t come with strong evidence to support the claim.

I am completely on board … CIO should NOT take over marketing, period.

I’ve always open to hearing new views…but this is one that really has no valid argument behind it.

Thanks for stopping by John!

Shared: @ericdbrown Should the CIO lead marketing? http://ericb.co/iwXQ6H <JB: Commented with resounding NO

Eric, can you make that “No” a little bigger? 🙂

You and I certainly see eye-to-eye on this topic. While there certainly is a lot of room to technical cooperation, there remains the fact that IT and Marketing have two very different missions within the organization. The CIO and CMO are certainly not interchangeable.

In the two examples the author pointed out in the CIOZone article, I wonder if those CIOs already had a background in Marketing and that’s why those roles were being combined. That’s certainly not enough evidence to support saying this is a trend.

I thought about making the “No” a 500×500 pixel image…but that still wouldn’t have been big enough.

I agree…the two CIO’s he points to might have already had marketing backgrounds….but 2 examples don’t make a trend.

I’m so tempted to get shouldthecioleadmarketing.com right now.

On an unrelated topic:

Completely agree (and I did try and think of crazy exceptions). It did cause me to think of a different question though: Is the CIO role becoming too complicated? Is the CMO role becoming too complicated? What follows are loosely written thoughts on the topic as I don’t have time to properly work my way through the concept right now. I figured sharing even partially formed ideas might encourage interesting dialog. Does internal communication (as a department) sit under HR or under Marketing? Often a director of communication (internal) may be in charge of the business leadership in terms of… Read more »

You make a good point Richard. The role of IT is changing and getting more complex. I actually have an idea for a post on that topic. I’ve seen internal comm sit under PR, which in turn sat under an overall Marketing department. I’ve also seen internal comm report into the CIO. Regardless of reporting structre, the role of communications, PR and Marketing are becoming more intertwined with technology. I think we are at a crossroads today. The CIO role is becoming more business focused and the Marketing / CMO role is becoming more technology focused. The CMO and Marketing… Read more »

I think you and Richard have some very valid points. It’s good to talk about the topic in this fashion because it helps us all better understand and formulate where we may want to go. While Marketing is getting more technical, that’s not to say Marketing will be totally technical. I very much like the idea of the Chief Marketing Technologist, though. I think it’s a great idea to have someone on the marketing staff, reporting to the CMO, who can advise and help work out technical issues. This person, however, needs to coordinate closely with the IT staff. That… Read more »

I really like that Chief Marketing Technologist role title.

Definitely lots to think about. Looking forward to that potential future post Eric. 🙂

I think it depends on the company and the individual. Would I want Steve Jobs to head up marketing or IT? Absolutely, he’d be amazing in either role for that type of a company. Please note, I wouldn’t want to work for him in either role, but that’s a different story.

My point being, as a general rule, you’re right, it’s not a good idea. However, with the right individual, in the right company, at the right growth stage of the company, it might be absolutely the right decision.

with the right individual, in the right company, at the right growth stage of the company, it might be absolutely the right decision

I agree…..with the right person in the right company at the right moment, perhaps the CIO is the right fit to run the marketing team. That’s true for any role / person really…I think there are those people that can do just about anything you give them.

That said…and as you say….as a general rule, I still think the answer is no. BTW – I wouldn’t want to work for Steve Jobs in of those roles either:)

[…] about the CMO and CIO working closely together in the past.. for a few examples – see here, here, here and here.Recently, other’s have been picking up the cheer for a closer […]