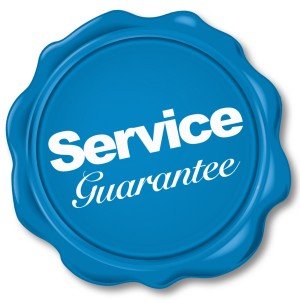 Originally published on Its All About Recovery as Service Level Agreements – Real Guarantees or Empty Legalese?

Over the course of the last year, the SaaS vendor has been making regular changes to its platform to increase functionality and usability. The CIO has had only good things to say about these changes and the SaaS vendor in general.

The CIO has been so happy with the service that he decided to renew the contract to continue using the system for another few years. Early last week, the CIO received an email from the SaaS vendor describing a new Service Level Agreement (SLA) being implemented with new clients and those clients renewing their licensing.

This new SLA is impressive. It provides up-time guarantees as well as data protection and security guarantees – including a monetary reward if any data is lost during the duration of the licensing agreement.

The CIO shared the SLA with me and asked me to review it. I was quite impressed with the language and guarantees. They go above and beyond what most cloud-based SLAs do, which is a bit of a surprise, but neither the CIO nor I will complain. Many times, an SLA is nothing more than a considerable amount of legalese that adds up to very little actual language around guarantees. Any promises are usually small in nature, with little in the way of monetary damages if those guarantees aren’t met.

When an organization uses a SaaS vendor, the onus of data protection and security is (and should be) on that vendor. As a user, I expect my data to be fully protected via security measures as well as proper backup and recovery processes. In this case, the SaaS vendor goes beyond what I would expect – if it can deliver on the guarantees of uptime, protection and satisfaction, the CIO will be extremely pleased.

Have you reviewed your SLA(s) from your vendor(s) lately? Do they provide the guarantees you need for your business today?

Originally published on Its All About Recovery as Service Level Agreements – Real Guarantees or Empty Legalese?

In my experience, the monetary award in the SLAs in case of downtime does not correlate well with the cost to the business of not having access to the SaaS product.

Agreed – many times that correlation is completely off..but in this case, it wasn’t a small amount of money. Still, it wasn’t enough to cover the downtime but it was enough to make you take notice