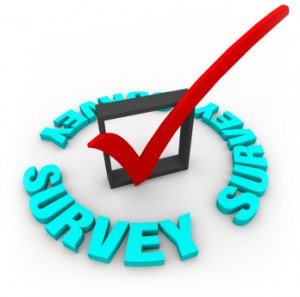 Over the last few weeks I’ve been conducting a very unscientific survey of small business CIO’s, VP’s and Directors of IT.

Using LinkedIn, I gathered a list of fifty people in the US who had the title of Chief Information Officer (CIO), Vice President of IT, or Director of IT with small businesses.  Note:  My definition of a small business for the purposes of this survey is one with fewer than 500 employees per the Small Business Administration website.

I reached out to these fifty people.  I’ve met some before and talked with others…but I haven’t talked with the majority of them before. Out of the fifty, I received a response from 21 (42% response rate – not bad).  For those that responded, I sent a short email with some questions about background ,experience, team size, projects, strategy, etc and I received 18 responses.

So…from those 18 responses, I got the following information (I’ve rounded the numbers).

NOTE: The top three priorities I listed above are my interpretation of what was sent to me.

Let’s take a look at that last question in more detail.

Top three IT Priorities for 2010

As I noted above, the top three priorities for 2010 (as I interpreted them) are:

The responses from each respondent where obviously widely different in makeup, but the majority of responses could be classified into these three areas.

Most of the respondents claimed that they are actively seeking to find ways  to outsource those things that create ‘busy work’.  Specifically,  the area most targeted for outsourcing was the IT Infrastructure area.

Most respondents told me that they’ve been tasked in 2010 with helping their company get ‘more’ from their current information technology assets.

I had 3 respondents actually say that their budgets for IT projects were completely taken away by the CEO until they (the CIO / IT Group) could show the value of their current investments.  Sounds like an interesting environment.

One important area that many hit on was to grow their information technology staff to be more business oriented. They were trying to focus more on being business analysts rather than technology implementers.  Very very interesting.

What does this survey tell us?

I’m excited that are senior IT leaders in the small business segment that understand how important a role that information technology can play for their organization.

These Small Business CIO’s, VP’s and Directors all understand that they can do more with less if they change their focus.  Unlike the past, it doesn’t seem like these small business IT leaders are focused on keeping the servers running any longer…they are more focused on being a business partner.

I’m going to try to make this survey a bit more formal for future work…check back soon.