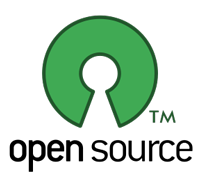 While the open source world has been a viable area for quite some time, there seems to be a lot of talk these days of open-sourcing many things. Google has opened up Android, the Department of Homeland Security has just announced an open source intrusion detection engine, and more organizations are embracing open source platforms while also complaining about open source software overload.

Welcome to the open source world…whether you want to be a part of it or not….open source is here to stay.

Take a second to jump over and read the definition of Open Source as defined by the Open Source Initiative.     Lots of interesting stuff there: Access to source code. Redistribution rights. Technology-neutrality.  Integrity of original code.  Good stuff….if you can understand how to take advantage of it within the enterprise.

Open source has its roots in the ‘free software’ movement but the open source world of today is a far cry from that of the free software movement in the past.  No longer is the main argument for free software….its moved into a more pragmatic argument of making software development a more open environment.

The open source world is an amazing one…and its an environment that many CIO’s and IT departments have tried to stay away from. I think its time to change that.

In the past, many people have argued against Open Source in the enterprise.  Most of the arguments against the open source movement have been based around security concerns, support concerns and/or intellectual property issues.

While some of these concerns are valid, I think many organizations, CIO’s and IT departments have a pre-defined prejudice against the open source world. They see this world as nothing but a bunch of hackers giving things away for free.

Far from the truth….but even if it were the truth…what’s wrong with it?  If I were working within an organization that had resource constraints (budget, people, etc), I’d have to look for ways to be more effective with the resources I do have.

Look at WordPress (also WordPress.com) as an example.  Its one of the largest blogging / content platforms in the world with over 25 million people using the software to power their blogs. Its also an open source project with hundreds of volunteers contributing to the code base to extend features and functionality. The WordPress platform is used by individuals (it powers this blog) and Fortune 500 companies to run their blogs and content platforms….its even used by the Boy Scouts of America‘s  to run the website for Boys’ Life magazine.

If you were looking for a content management platform and couldn’t spend tens or hundreds of thousands of dollars buying and implementing one, WordPress could be an ideal choice. So could other platforms like Drupal or Joomla among many others.

With these open source platforms, you’ve got thousands of people willing to give their time and effort to build more functionality (in the form of plugins and themes), most of which wouldn’t cost you a dime.  If you did want to add some specialized functionality to your platform, there are thousands (or more) WordPress developers out there who can do some amazing things for very little money (think thousands of dollars versus hundreds of thousands for closed-source platforms).

But…what if you’ve already got money sunk into another system?  What if you already have a fully built IT architecture based on Microsoft platforms….open source isn’t an option for you….or is it?

Open source is always an option….you’ve just got to change how you think about the open source approach.

Open Source, The Enterprise and The Community

Let’s say you are a .NET shop.  Your entire IT architecture is built with Microsoft systems.  You run windows as your web server, SQL Server for your database platforms, Sharepoint for collaboration and content management and you have zero interest in replacing any of these platforms.

When I talk about open source….you probably shrug your shoulders and say “not for us…we’re a .NET shop”.  Well…you’d be wrong. Look at Umbraco for example….its a .NET open source CMS platform.  Brilliant!

You can still be a .NET shop and embrace the open source community.

So…now you argue that open source isn’t secure.   Bollocks I say! (I’ve been waiting 4 years to use that on my blog).

There are lots of ways to argue against the “open source security” argument.  The biggest argument is that security is as security does….you make your systems secure today with closed-source software…the same can be done with open source software too.

Open source platforms & software can bring a lot of value to an organization…you’ve just go to be willing to open your mind to open source. An open source approach & mindset can help in many ways.  It can save you money…but it can also allow you to reach out to the community (either your internal community or an external community) for help.

The open source community could be a lifeline for non-profits and community groups.  Imagine what an organization like the Red Cross, the Boy Scouts of America or The United Way could do if they embraced the open source movement and then embraced their community for help?

What about a for-profit company?  Can you still ’embrace your community”?  Maybe…maybe not.  You’ll have to figure out if you have a community first…but that shouldn’t stop you from embracing the open source community as a whole.

There are a lot of smart folks out there just itching to solve a new challenge…reach out and find them…you’d be surprised just how much you can do when you open not only your IT platforms but also your mind.

The open source approach is much more than a philosophical approach to software / hardware /IT….its an approach that allows you to embrace your community to help you move forward.  You’ve already started embracing the community on the marketing side of the house to help ‘spread the word’….why not use that new-found good will and ask for help on the technical side of the house?

Join me next week for more on how non-profits can embrace their community (more specifically how one non-profit has not embraced theirs).

[…] This post was mentioned on Twitter by Restaurant Marketing and Eric D. Brown, John Powers. John Powers said: RT @JeffreySummers: Open Source, The Enterprise and The Community http://restwrx.com/9Y4FyB via @EricDBrown […]

[…] want to subscribe to the RSS feed for updates on this topic.A few weeks ago, I wrote a post titled Open Source, The Enterprise and The Community where I wrote about embracing the community that exists within your organization and in the […]

Open Source, The Enterprise and The Community:

Rackspace has just announced their open so… http://bit.ly/bpCuUH

#baot Reading: Open Source, The Enterprise and The Community http://ht.ly/18fhzy

Open Source, The Enterprise and The Community:

Rackspace has just announced their open so… http://bit.ly/bpCuUH

Open Source, The Enterprise and The Community http://restwrx.com/9Y4FyB via @EricDBrown

Published: Open Source, The Enterprise and The Community http://bit.ly/9MNH8c #CIO #IT

[…] Open Source, The Enterprise and The Community (ericbrown.com) […]