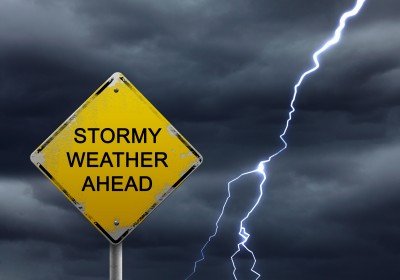 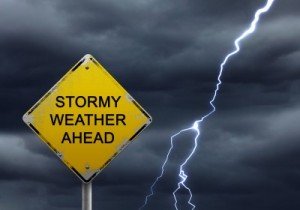 If you aren’t familiar with the term “normalcy bias”, here’s a quick definition:

Normalcy bias is…the phenomenon of disbelieving one’s situation when faced with grave and imminent danger and/or catastrophe. As in overfocusing on the actual phenomenon instead of taking evasive action, a state of paralysis.

I hope everyone reading this can see how dangerous normalcy bias can be, especially for people or organizations going through difficult times.  People are smart and can generally see that things aren’t working out for them or their company…but very few people take action to make a change.

I can provide a real-world example from my past to illustrate this point.

While in grad school for my MSEE, I worked in the telecom industry and did some contracting work at a major telecom player in the mid to late 1990’s. This company was a leader in the telecom space and was growing by leaps and bounds but just about everyone I spoke with at the company was worried about the future of the business.  They didn’t know how the business could continue to grow at the pace they had been growing at and were always amazed that growth continued at a record pace.   I was a dumb kid with little life experience and couldn’t quite understand how the business was growing so rapidly but I just figured there were people way smarter than me making decisions and leading this company so I just shrugged my shoulders and went about my work.

Things were apparently great for this particular company throughout the 1990’s. They were setting records for revenue and growing rapidly. Everyone I spoke with at the company was concerned that the company was going to implode ‘soon’ because they just didn’t understand how the growth could continue.  There was a real fear of a major catastrophe ‘soon’ but nobody seemed to be doing anything about it.  Everyone was focused on an implosion because they didn’t feel like things were going that great but nobody seemed to be taking any steps to ‘fix’ the problems.  I remember speaking with some folks back then about the issues and can clearly remember someone saying “well…nothing bad has happened yet so I doubt it will.”

Everyone that I spoke with was guilty of falling into the normalcy bias trap. I fell into that trap as well.  The normalcy bias trap is an easy one to fall into…its ‘easier’ to expect nothing bad to happen even while being presented with bad news.  People (and entire companies) can (and do) tend to ignore the bad news and expect things to ‘work out.’

By the way…that company I used in the above example WorldCom. They filed the largest bankruptcy ever filed (at the time) in 2002.  There was plenty of reasons for people to be worried about their operations and business model but instead of trying to do something about it, people ignored it.  That said, there are many times that things can’t be done because people at the top don’t want things to change…but that’s a different issue.

Normalcy Bias and You

The above example isn’t an ideal one because there are plenty of extenuating circumstances that could have kept people from doing anything about the impending ‘disaster’.  As it turns out, there were plenty of things wrong at WorldCom but there were people at the top of the company that were actively working to hide any wrongdoing and any issues. That said, there were plenty of people suffering from normalcy bias because they assumed things would be fine in the future because they had always been fine even with all of the issues that existed.

Normalcy bias is a very dangerous thing.  By assuming things will always be fine because they have always been fine, you are putting blinders on to issues and not preparing yourself or your organization for change that is most likely coming.

Normalcy bias can be your downfall and the downfall of your business.  Don’t let yourself fall into the trap of focusing on the outcome to the extent that you paralyze yourself from doing anything. Also, don’t make the assumption that nothing is going to happen because it hasn’t happened yet…there are too many examples of failure of families, companies and societies to allow yourself to assume nothing bad will ever happen to you or your business.

To overcome normalcy bias, identify the issues that might happen and be prepared if they do. Don’t go overboard of course but have a plan of action to address the issues you see, minimize the risk that those issues might cause and then have a plan to deal with the fallout from if the issue(s) are ever realized.

Don’t let normalcy bias destroy your life, career or company.  Identify the risks in your life/business, mimimize or remove those risks and then create a plan for how you will deal with those risks if they become reality.