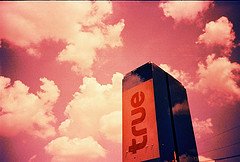 I just noticed a post over on the Enterprise CIO Forum by Joel Dobbs titled What CIOs (and other executives) can learn from Research In Motion’s dramatic decline.

Its a good read with some good points about the downfall of what once was a great company with a bright future.

In Joel’s post, he’s using the above bullet points to highlight lessons learned from RIM. At one point in the not too distant past, the Blackberry was the device everyone wanted. It was THE phone.  Then…something happened.  Apple released the iPhone.  Google released the Android OS and Motorola rolled out the “Droid” phone.  RIM tried to keep up with a touch screen device but it never really caught on.

Today, RIM is a shadow of its former self. The company is in a bad spot and I doubt it will survive as an independent company.  I suspect there are companies out there right now looking at RIM for a merger play…if only for the intellectual property that RIM holds.

Its really too bad. It didn’t have to be this way.  RIM could have done more to save itself but I suspect the RIM leadership and culture wouldn’t allow it to recognize that things were bad and they needed to do something.

To expand on Joel’s “move fast” and “do something” call to action, I’d add the following: Move True.  In other words…Move. Move fast. Move true.

Now…in order to ‘move true’, one must know how to align any movement to ‘true’.   In other words, you’ve to be thinking ahead and planning for these movements.

Of course we can’t plan for everything, but you should be able to plan for most things that come along.  Whatever change comes along shouldn’t come as a surprise to you if you are doing your job well. There shouldn’t be any real ‘surprise’ in competition. Nor should their be a ‘surprise’ in technology or governance methods or processes.

Change happens…and when it does, you should have your plans in place to move. These plans should then allow you to move fast and move true.

[…] Eric D. Brown brings up points for CIOs to consider if they are going to stay on top. The points he brings up can be applied to just about any leader, too: Move. Move fast. Move true […]