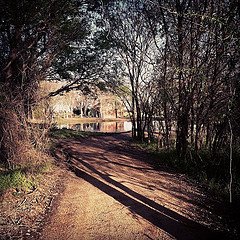 I’ve written about Shadow IT many times in the past and will most likely continue to write about it in the future.

In this article, Martin writes:

CIOs have long battled against Shadow IT and how to prevent, control, deal with or remove it. The arguments for doing this have usually revolved around security, compliance, supportability and business risk. Although IT’s fear of losing control has been an underlying theme.

The bottom line is that it is becoming easier than ever for the business to procure cloud based services without IT involvement and more worryingly without IT even knowing about it. Unless IT adopts a different approach to servicing the business they risk being sidelined.

Most people believe that IT’s command/control focus (via processes, procedures, frameworks, etc) has been put into place for the simple fact that IT likes to ‘own’ things and ‘say no’ to any request. While its fun to joke around that IT is the place that pessimists go to work, its an important aspect of organizational life.   IT IS a place where NO is staid more than Yes in most organizations.  Not because its fun to do but because its necessary.

But…a ‘no’ can be delivered in many ways. Rather than say ‘no’ and nothing else, a ‘no…you can’t do that but you can do this’ could go a long way to soothing the ruffled feathers of those who’s requests were denied. Control isn’t a bad thing. But approaching control with a ‘no’ attitude rather than a ‘no…but…’ attitude would help go a long way toward helping keep IT away from the sidelines.

Its this denial and lack of alternatives that make people think they need to go ‘outside’ to find other solutions. Hence, Shadow IT’s growth in organizations. The consumerization of IT is just another fancy name for Shadow IT.

Martin ends his piece with:

CIOs must accept that IT cannot control everything and need to embrace the Consumerisation of IT given the massive benefits it can provide. They must find a way to help the organisation whilst still preventing it from doing something stupid.

[…] at the Non-IT groups in your organization. What are your biggest areas where “Shadow IT” is most prevalent?   These areas might just be the areas you need to move the fastest […]