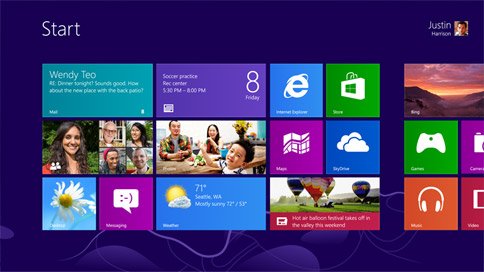 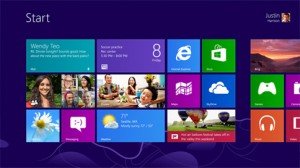 Unless you’ve been living under a rock for the last few months, you’ve seen the announcement of the release of Windows 8 from Microsoft.

For individuals purchasing a new computer you’ll most likely be forced to buy one that has Windows 8 installed.  This may cause some consternation at first with having to learn a new operating system…but after a few days, weeks or months, you’ll pick it up. If the idea of another new Windows release scares you, you’ll be able to find computers with Windows 7 installed if you look hard enough (e.g., Dell sells computers for “business” that will have Windows 7 installed).

For businesses looking to roll out new computers now (or over the next year or so), you’ll be able to continue to use Windows 7 but a migration plan to Windows 8 is most likely being discussed.

If you are on the fence about migrating to Windows 8, it might be worth taking a few minutes to review some of the sites out there focused on what Windows 8 delivers. Dell has a pretty good page titled What You Need to Know About Windows 8 that provides some basic information about the new OS.

Large organizations have most likely been planning a Windows 8 migration for quite some time now using pre-release versions of Windows 8. This allows IT professionals to test out features, functionality and think through integration and roll-0ut plans.   For most of these organizations, there’s a group of people focused on this migration plan and how they will (or won’t) roll it out over the coming months/years.

I’ve spent time in projects like this and can tell you there is quite a lot of work involved for an organization of any size to roll-out a new operating system.  Not only do new processes and procedures have to be created but documentation has to be updated, user training created and a full roll-out of new computers has to be performed.

From my experience, the decision to migrate to a new operating system (OS) is one that shouldn’t be taken lightly. The large organizations have the abilities, skills and people to plan out these types of migrations, but many small businesses are completely in the dark when it comes to migrating to a new OS.

Most small businesses have no capabilities to plan for a migration like this. The IT staff of most small organizations are completely understaffed or non-existent.  If an IT staff exists, they’re usually overloaded by just keeping things running on a shoe-string budget.  Rolling out a new OS is just adding to that overload.

For the small business owners and managers out there, it is still worth finding some time to look at Windows 8 and think through a migration plan.  As a way to kick-off that thought process, a few steps that you can take to better prepare for Windows 8 are provided below.

This might seem  like a lot of extra work for an already overloaded small business, but its work that can be done in parallel to day-to-day operations, especially if you get a few of your tech-savvy users to help test things out.

I’ve had Mac’s and Windows boxes…like them both. I’m just worried that iOS is coming to the Mac…not sure how that will work out for people like us who use heavy duty apps, etc.