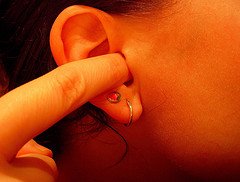 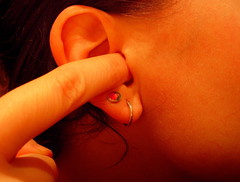 Back in my college days, I was quite the party animal.

Well…that’s actually a bit misleading…I was a physics major…so partying was really more like sitting around with the other Physics and Chemistry majors, having a few drinks and talking about wormholes, time travel, music and just generally hanging out.

I do have one story that I’d like to share.  The story is hilarious (at least to me and the two other people involved) but also provides a nice moment of learning and has stayed with me ever since.

Ready? Here we go.  Warning – if you get sick easily, you may want to skip this post.

This story involves me and two good friends from college – I’ll call them W and S to protect their innocence (or guilt!).

In case you don’t know, college was Southwestern Oklahoma State University in Weatherford, Oklahoma…and there was zilch going on in that town. So, to get into any trouble, we’d have to drive to Oklahoma City (about an hour drive) (aka ‘the city’).

One night we decided to drive to the city to hang out and do some bar hopping.  We all climbed into my Geo Storm (yes…I had one of those 90HP beasts) and headed to the city.

We hit a few bars and quite a lot of beer was consumed by W and S. I was driving so I didn’t drink too much and I spent the evening making sure W and S had a good time and didn’t get into too much trouble.

After a long evening of drinking and carousing, we all loaded back up into my Storm and headed back to Weatherford. I was driving, W was in the front seat sleeping and S was in the back seat stretched out snoozing.

Me – I was rocking out with the stereo turned up pretty loudly so I wouldn’t fall asleep and was enjoying the drive back.   Out of the corner of my eye, I notice W moving around so I glance over at him and see him looking at me and trying to say something.

I can’t hear him over the music but I assume that he’s telling me how great the Metallica song is and to turn it up…so I throw him ‘the horns’ , nod and say something like ‘rock on’ then commence to turn the music up louder and continue driving.

I was doing 80 miles/hour down the highway at 2:30 in the morning…so there wasn’t much traffic to worry about so I quickly pull over to the side of the road and slam on my brakes. W continues with his business while i sit there feeling like a moron for not listening and realizing what W really needed from me.

While sitting there with the car door open and W hanging out the car, I hear some rustling in the back seat and I hear S say “Do you have a napkin”. I’m a 21 year old college student…you think I carry napkins in my car? No.

He takes it and I hear plastic rustling and ask him ‘what are you doing back there?’.

His response, which has become a classic in the annals of Eric’s Life , was: “I’ve got caca in my hair!”

Apparently, the ‘evil’ from W was affected by the 80 mph wind and made its way back onto S.   eeeeeeeewwwwwww!    🙂

After a few minutes of me laughing, W finishing his business and S trying to clean up with a piece of plastic, we were back on the road.

I drop them both off at their respective dorms and W tells me that I should think about washing off my car.  I take a look and sure enough..I need to go to the car wash.

So…the night ends with me at the car wash at 3AM in 30 degree weather with it snowing and me washing my car.  And it wasn’t one of those automatic car washes either…it was a good old-fashioned hand wash.   Man it was cold.

So…other than just sharing a story from my wild college days, what’s the purpose of this post?

Its pretty a simple one – but one that we often get wrong.  The moral – pay attention when people talk. Listen to what they say.  Don’t assume you know what their trying to say.

I assumed that I knew what W was saying and I ended up washing puke off my car at 3AM while staring down a police officer.

If you assume that you know what your team or coworkers are doing or trying to say, you may end up cleaning up a pretty nasty mess.

Open up your ears and listen.  Or…don’t…and wait for the mess that will inevitably come your way.

Listen. Or…the one where Eric washes his car at 3AM http://shg.me/pSGsUs via @EricDBrown

Listen. Or…the one where Eric washes his car at 3AM http://bit.ly/oxh3St from @ericdbrown

That has to be the longest way ’round to get to the punch line, “don’t assume you know what people are trying to say!” A pretty hilarious path, though, I must say; I read the whole thing, and felt your eeeeewwwww.

And hey, I just got to know you a whole lot better! Great story, and thank you.

@CharlesHGreen Thanks Charlie – Glad you liked it! Sometimes, you’ve got to take the long way ’round to get your point across 🙂