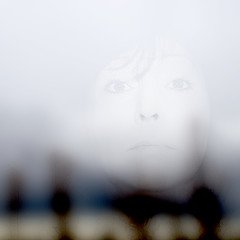 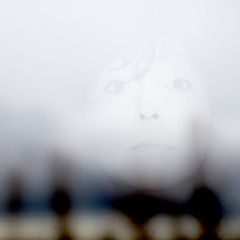 I just finished reading a pretty good piece on the Enterprise CIO Forum titled Why your next job won’t be in IT by Paul Muller.

The basis for the post, according to Paul, was a question asked of one of his colleagues about the future of the CIO – more specifically, is the role disappearing?

Is the role of the CIO disappearing completely or is it just changing from one type of role to another? Is the CIO moving away from technology – or are CIO’s moving closer to technology?

The fact is, the CIO role has been in transition for a long time. The whole concept of “IT/business alignment” meant that the CIO (and the IT staff) had to understand the business and apply technology to solve its problems. That doesn’t change, but the advent of cloud computing means an even greater opportunity for the CIO – the ability to offload certain capabilities to the cloud and actually devote more time to focusing on the business’ most pressing challenges.

The future will still have a need for the CIO but it may not be the same role we see today. The role will be around, but there may be a transition coming. What does that transition look like?

I’ve written about this topic before…for example, see  Splitting IT – Operations and Innovation and The shifting role of the CIO.    Paul touches on the subject when he writes:

What do you need to be thinking about to make that transition? First of all, you’re not going to make the transition alone. Is your team ready? Do you currently have more technologists than business process experts? Do you have the people who understand multinational business? Do you have people well-versed in contract negotiations, intellectual property, and privacy laws? Do you have a strong staff that can handle the day-to-day responsibilities so you can free yourself up to become a true strategic partner to the business?  Those are the capabilities you’ll need for a cloud world, along with business analysts and enterprise architects who can map a technology to a business need.

Capabilities are key…do you have the right staff to be able to transition from today’s CIO to the CIO of tomorrow?  How about your own skills…are you ready for the  transition? Is your team?

Great stuff to be thinking about….jump over and read the rest of what Paul has to say in Why your next job won’t be in IT.

So…no…the CIO role isn’t disappearing but it is definitely changing.  Are you ready for the change?

Is the CIO Role disappearing?: This post sponsored by the Enterprise CIO Forum and HP.I just finished reading a … http://bit.ly/iyWfNg

Have you considered the impact of not having CIO’s around? Who would IT professionals blame when all else fails?

"Is the CIO role disappearing completely or is it just changing from one type of role to another?" http://ow.ly/5nDrP @ericdbrown

The Enterprise CIO Forum addressed this topic in spades during the past week and I summarized our coverage thusly in the weekly newsletter that went out yesterday. The links did not transfer, but you can view the newsletter at http://bit.ly/iIvumy “Much has been written at the Enterprise CIO Forum about how IT and the CIOs are changing. One post by HP blogger Paul Muller — “Why you next job won’t be in IT” — explores the full integration of IT into the business. Indeed, a post I did Monday – Six hottest jobs in 2011 reflect IT upheaval — says… Read more »

The CIO role started building momentum in the late 80’s as a way for the business to rationalize and systemize IT (see <a href=”http://ow.ly/5nGN3″>first issue of CIO Magazine</a> as an example). Now, due to the maturity of the position and enabling technologies in the cloud, the role is shifting from traditional management to helping the business with (to borrow a term from HP) “<a href=”http://bit.ly/ct1instanton”>Instant-On</a>”, dynamic transformation. So, while I agree with Paul Muller that “<a href=”http://www.enterprisecioforum.com/en/blogs/paulm/why-your-next-job-won’t-be-it-0/?utm_source=PC&utm_medium=CT&utm_campaign=ecf”>your next job won’t be in IT</a>” the CIO position has always been an executive job about IT. –<a href=”http://bit.ly/paul_calento”>Paul Calento</a> (note: I work… Read more »

The CIO position started gaining momentum in the late 80’s as a way for the business to rationalize IT. The first issue of CIO Magazine in 1987 may surprise many by its business focus – http://ow.ly/5nGN3). Twenty five years later, as a result of the position’s maturity in the organization and enabling technologies in the cloud, its evolving from simple management to “Instant-On” transformation. While I’d agree with Paul Muller that our next job probably isn’t in IT (http://bit.ly/jdKKUW), I’d argue the CIO position has always been that way. –Paul Calento (http://bit.ly/paul_calento) (note: I work on projects sponsored by Enterprise… Read more »

Excellent comment. I hadn’t seen the 1987 CIO issue….very interesting. In many of the organizations that I’ve worked, the CIO role has been seen as a technology role, not a business focused role. Perhaps that’s a failing of those organizations or perhaps its just how most organizations really see IT and the CIO role.

I would agree with you that the CIO role is one that has been under constant change. I don’t see the role disappearing at all…..i see it morphing into yet another role that will morph yet again.

If the #CIO role is changing due to cloud, I'd argue its with a greater emphasis on operations management http://ow.ly/5nH91

If the #CIO role is changing due to cloud, I'd argue its with a greater emphasis on operations management http://ow.ly/5nH91

Is the CIO Role disappearing? http://bit.ly/mF6wEH "Why your next job won’t be in IT " #DSI