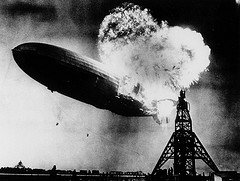 A new video over on the Enterprise CIO Forum with Bill Laberis in apost titled Are we setting CIOs up for failure?.

Bill’s video is embedded below for your viewing. Its short but asks a good question – Are we setting the CIO up for failure?

So…are we setting CIOs up for failure?

Bill thinks the answer is “Yes”. He points to all the things that a CIO is now being asked to do as proof…and says that the future CIO (and IT) must step away from a good portion of IT operations and put more focus on the ‘strategic’ activities.

Sound familiar? It should (if you are a regular reader).

That said…I believe operations is important.  Just as important as every other part of the organization. But…should the CIO be focused on operations?  Or…a stronger question…should IT operations go the route of rest of the operational staff within organizations (you know…the electricians, janitors, plumbers, facilities, etc)?

I don’t think so…but with the focus of most CIO’s on governance, processes and metrics, how do these CIO’s move away from operations and into the “C Suite” to talk about strategy and tactics instead of their focus on operations?

Do we see that split between operations and business technology that I’ve written about before? Or…do we see CIO’s stepping out of the operational mindset and allowing their staff to focus on operations?  I know many CIO’s who would have a hard time ignoring IT operations, budgets and the minutea of ‘running IT’ but I think they’ll have to do it.  That…or allow the business technology functions to run away without them.

What do you think? Are we setting CIO’s and the IT group up for failure by asking too much? Or…are we assuming that the IT professional / CIO cannot change their mindset and focus to  adapt and deliver what the organization needs them to deliver?

I agree with HP blogger Christian Verstraete that many of those CIOs who do not embrace the future are gone already…the ones who occupied the corner office — the corner office of the data center, that is. I do not think we are asking too much of them. You also wonder who’s doing the asking. The media and analysts? Studies have shown that CEOs rarely turn to the CIO for innovation. Below are links to Christian’s post and a video I shot yesterday that addresses the same issue.

I agree wholeheartedly…those that haven’t embraced the future and change are either out the door are on their way out.  The IT group and CIO roles have always changed…so there’s no reason to believe change won’t continue to occur.

Are we asking too much of our CIOs? It depends. There’s a related discussion to this topic going on at the LinkedIn CIO Forum http://lnkd.in/t3Rh92. Reminded of a non-IT example of when LOB managers with P&L responsibility FAIL: When they focus on only one aspect of their job (like managing and executing against a budget that may not work). Successful managers build risk & failure into the budget and introduce the “new” as a way to create upside and x-factor. This is no different for the CIO: Outsource non-critical workloads; Focus teams on orchestration, management and customer service; Prioritize innovating… Read more »