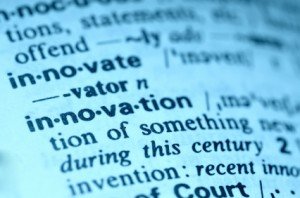 Are you innovating or imitating?

Anywhere you go these days, you’ll find someone talking or writing about Innovation.  Most of  the stuff I’ve been reading is great stuff.

In the discussions I’ve had with folks around the world, I’m hearing a lot of talk about innovative ideas and ‘new’ ways of doing things within the IT group to help the organization innovate. When I hear what these new ideas are, I’m told about the latest CIO magazine that was read or the seminar that the CIO went to and heard how XYZ company is doing things.

This makes me ask the following question:  Are you innovating or imitating?

I recently actually asked that question to a local CIO and she responded with something that kind of threw me for a loop.  Lisa’s response?

She said “Does it matter?”

Lisa told me that she could care less about developing a “new idea”…she’s perfectly fine with taking someone’s idea and implementing in her organization.  Sometimes she takes an idea and implements it directly (imitate) and other times she puts her own spin on an idea that is either generated internally or found externally idea (innovate).

I thought about Lisa’s answer and responded back with an equally surprising response (to her) with: ‘yes…it does matter’.

I asked Lisa whether she set out to innovate or imitate.  Her answer?  Innovate when possible, imitate when it makes sense.

What Lisa didn’t realize is that innovation isn’t always ‘creating something new from scratch’….innovation can be taking an already existing idea and tweaking it to fit your needs/wants.

Why does it matter whether you’re innovating or imitating?

While doing some research on this topic, I ran across this quote by Cass Pursell in an article titled “Mimicking Innovation” where Cass writes:

Creativity and imitation are opposing concepts. By beginning with a strategy of imitation, I would argue that you are in danger of dooming your innovation program to failure before it ever begins in earnest. My advice – proceed, but proceed wisely

While imitation may work and might deliver results, if you approach your strategic planning process with the goal of imitating others, you’ve lost before you even get started.

In your role as The New CIO, you can imitate what you see working for other organizations, but be sure to keep some of your focus on innovating.  Ask yourself the occasional “are you innovating or imitating” question….if you never answer with ‘innovation’, you may want to rethink your approach to leading IT into the future.

If your strategy is imitation, you can only be as good as the company you plan to imitate. But…if you’re like Lisa and have a strategy to innovate when possible and only imitate when you can you’ll be light years ahead

As a #CIO should you innovate or imitate? http://ow.ly/16QOA (from @ericdbrown)