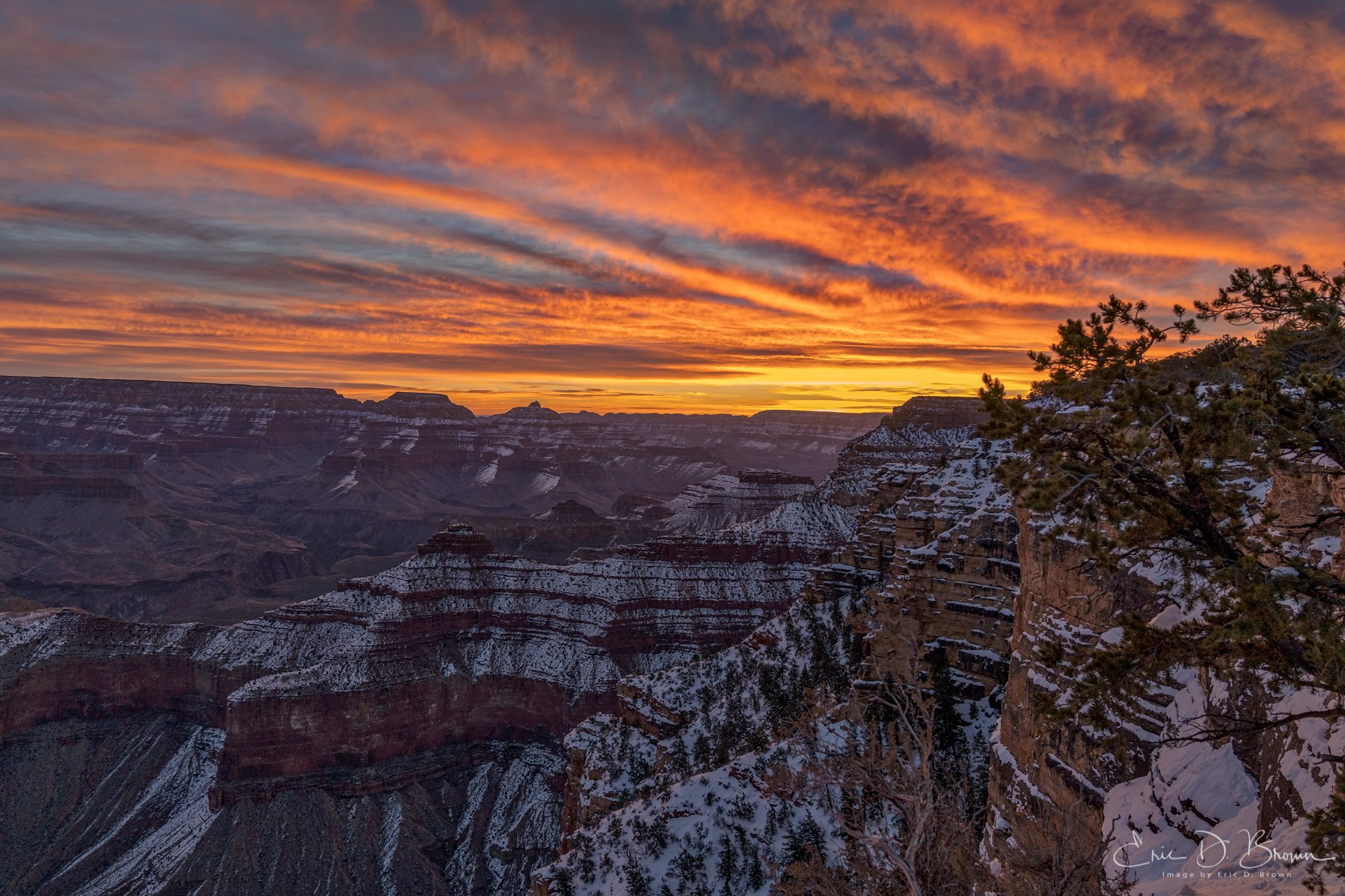 Recently, I spent a week at the Grand Canyon National Park in Arizona. While visiting, I stayed in Tusayan Arizona, just a few miles outside the park’s entrance.

When I visit places like this, I don’t have high expectations when it comes to dining. I’m not a food-a-phile (or whatever you call them) but I do like good food and I like to have a selection of choices, especially since I’ve recently been trying to eat cleaner in recent months.

I noticed that in the park and in Tusayan that there were really no highly rated places to eat. When looking at places like tripadvisor and other ‘rating’ sites, there were very few places rated more than a ‘4’, which is an anomaly, even for a small area like Tusayan.   Granted, the area is a tourist destination so ratings might be skewed because of that, but I’ve been many other places that were tourist destinations and there were always plenty of places to eat that were very highly rated.

I tried a few places in Tusayan that were highest on the list (rated around 4 on tripadvisor) and I have to say I was wholly unimpressed, and actually quite disgusted by some of the food I received.   I did have a good breakfast at Bright Angel Lodge and a  good lunch at the El Tovar dining room in inside the park but everything I had in Tusayan was very disappointing.

No, I’m not just complaining.

OK…maybe I am complaining, but I thought this was a good ‘teachable moment’, even if the people running the Tusayan restaurants will never read this. Tusayan is a very small town (something like 500 full-time residents) and is focused on grabbing money from tourists rather than providing value for money. The places I ate were over-priced and very (very) underwhelming in terms of service and value.  While traveling to a place like this, you know you are going to be over-charged for what you get, but you at least expect to have a decent meal for the price you pay, but that’s not the case in this small tourist town.

I’m not here to complain about tourist traps though. I’m here to talk about how people (and companies) fall into the trap of thinking they don’t have to provide good service (or good food or good value, etc) to their customers because they have a ‘monopoly’ on what they do.   How many times have you run across a company that is the ‘industry leader’ and found that they just really didn’t care that much about servicing their customers in any meaningful way? How many times have you purchased something and felt completely underwhelmed by the service and/or the product received?

Just because you have a monopoly on something, doesn’t give you the right to stop trying.

There’s a very well known company within the financial space that has had a near-monopoly on financial data, news and content for many many years (they were one of the first – if not the first – in this particular space).  This company charges an enormous amount of money for their product and have stopped innovating over the last few years. They’ve sat back and rested and expect that their ‘monopoly’ will carry them through…and they may be right. They may have such a lead on the market that nobody will ever replace them but there are plenty of companies trying to replace them.

It wouldn’t take much for someone to come along and blow up the monopoly that this financial company has. It would just take some money and some marketing and they’d be in a bad spot – and they may already be in said bad spot…but it might take years for them to figure that out.

Just like this financial company, the restaurants in Tusayan think they have a monopoly on their industry. There’s not a lot of room to build in the town (its surrounded by Navajo lands and National Forest), but all it will take is for one of these places to go out of business and some enterprising chef to come in and create something incrementally better than what exists today.

It’s not always about creating the next ‘unicorn’ to make a billion (or million) dollars. Sometimes, you just need to create something that does things just a little better than others do. Don’t get me wrong – I’m not saying to do more than the other person (because more isn’t always better)…just find a way to do things better.  Maybe, just find a way to do things better than you did yesterday.

Do something incrementally better and see what happens.