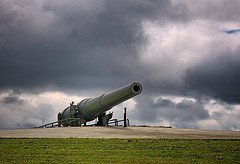 I just read Why IBM Will Win the War With Amazon Web Services over on CIO.com and felt the need to publish my own thoughts.

In that article, the author writes the following regarding the IBM vs Amazon war:

IBM is gearing up for war. Since Amazon is mucking around in IBM’s space, the folks in Armonk should have the positional advantage. I focus here on IBM’s strengths compared to Amazon’s weaknesses largely because Amazon isn’t fundamentally an IT solutions provider. Rather, Amazon is a successful retailer that found a low-cost way to provide services through their retail model to IT. Typically, these efforts don’t survive; in the face of focused competition, they aren’t adjacent to the firm’s core business (retail, in Amazon’s case). IBM is honed in, once again, on proving this well tested theory.

The author is focused on the wrong thing. It appears he’s trying to set himself to be able to point back to this article in the future and claim he was ‘right”.  But…he has to be right for that to work. A better focus, at least in my opinion, would be to focus on what the IBM systems and solutions can do for organizations versus those offered by Amazon.

The ‘war’ between IBM and Amazon is one that will be interesting to watch, but means diddly-squat to the working IT professional.  Additionally, most organizations in the Small to Medium space can’t even begin to think about using IBM for anything they offer…they just don’t have the budget for IBM, or at least they don’t believe they do.

Rather than try to argue about how IBM will win (or why Amazon will win), I’ll simply say the following:

It doesn’t matter who ‘wins’ between IBM or Amazon because organization’s have already won.

Amazon has delivered a fast, efficient and scalable product that can be used by anyone.  You don’t have to be a Fortune 500 company to take advantage of the services and products available via Amazon.

If you are the CIO of a medium to large organization, maybe this ‘war’ means something to you, but for most other CIO’s and IT professionals, it means nothing.  These folks are rightly worried about keeping the lights on and delivering the services their organizations and customers need.

Regardless who wins this ‘war’, organization’s have already won.