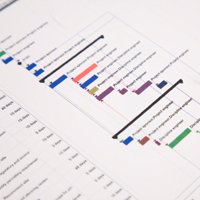 A few months ago I wrote a post titled Cognitive Dissonance & IT.

From that post, you’ll remember that cognitive dissonance is: an uncomfortable tension caused by holding contradictory thoughts simultaneously.

Cognitive Dissonance is everywhere in IT today, especially in the Project Management side of the house.

I think everyone would agree there are a lot of IT project failures.

Now…there are some arguments made by some about what ‘project failure’ means.  To me..failure means that the project didn’t fully realize the scope of the project, meet budget and/or meet the timeline.  Some argue that failure means only those projects that aren’t completed are failures while the others that don’t meet scope/budget/timeline are ‘challenged‘.   Regardless what term you give it, the fact is that something like 68% of IT projects either fail or are ‘challenged’. That’s 2/3’s of all IT projects that aren’t considered successful.

So….we have a 1/3 success rate in IT Projects….and we continue to follow the same project management processes and methodologies.  We continue to fund projects in similar ways.

We continue to think that projects will succeed although we know that, statistically, the project is more apt to fail than succeed…yet we continue down the same path with an uneasy feeling.

Michael Krigsman, who does a wonderful job dissecting and discussing project failure on his IT Project Failures blog, recently wrote a short article titled Three simple truths of failure.  The article is based on a Dilbert cartoon discussing complicated project plans and Michael dissects the cartoon perfectly…its woth the jump to read. In the cartoon & Michael’s analysis, the following three truths are provided:

While I’d like to think that the boss does care, I’ve found that many times they don’t have the time to care.   I know one mid-sized IT group that had over 150 projects on their list…there’s no way the CIO had any knowledge or interest in all those projects.

More interesting than Michael’s article are the comments to the article….anyone with more than 6 months experience in the world of IT can empathize and understand exactly what the commenters are discussing, lamenting and describing….the world of IT Project Management is full of failures.

In an article titled When an IT Projects go right, its simple to make projects succeed…all you need is a clear vision, support and commitment of the stakeholders, an understanding of the problems to be solved and sufficient resources & staffing.

Wow….so THATS all we need to do to make IT projects succeed. 🙂

Those are very important aspects of good project management, but there has to be more to it, doesn’t there?

So what do we do?

Can it be as simple as clear vision, support, resources and proper understanding of project goals.

I think that’s where we have to start.

Whether you use an agile approach to projects or the old tried-and-true waterfall approach, without proper vision, clarity of purpose and the proper support and resourcing, your project’s chances of success are approaching zero.

Maybe we don’t “fix” project failures…maybe we need to fix leadership within IT to ensure projects have a better chance of success.

What do you think?

How do we “fix” Project Failures?: A few months ago I wrote a post titled Cognitive Dissonance & IT.From that po… http://bit.ly/d6xVDc

#baot Reading: How do we “fix” Project Failures? http://ht.ly/1a0chv

Ability to negotiate and manage inevitable changes also help. RT @ericdbrown How do we 'fix' IT Project failures? http://bit.ly/90CUd0

How do we “fix” Project Failures? http://j.mp/d3vmEd #pmot

How do we “fix” Project Failures?: A few months ago I wrote a post titled Cognitive Dissonance & IT.From that po… http://bit.ly/d6xVDc

How do we "fix" Project Failures? http://lnkd.in/rRVKsQ