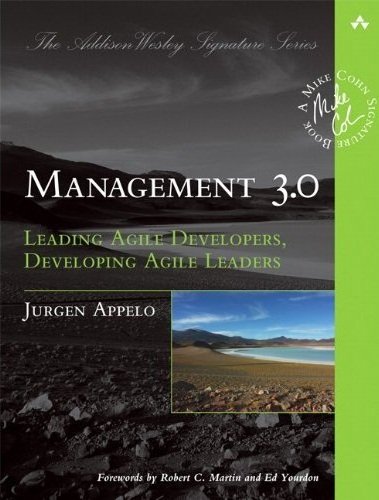 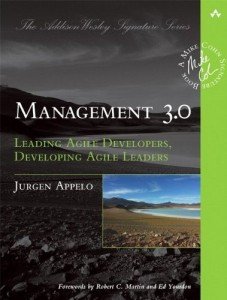 This article is an adaptation from a text out of the book “Management 3.0: Leading Agile Developers, Developing Agile Leaders,” by Jurgen Appelo. The book will be published by Addison-Wesley, in Mike Cohn’s Signature Series, and will be available in book stores near the end of 2010.

As a manager you need diversity in your teams. A diversity of personalities stimulates stability, resilience, flexibility, and innovation. On the other hand, there must be sufficient common ground among team members to ensure cohesiveness, and for them to be able to resolve conflicts. But how do you know if a team is both diverse and cohesive enough? Enter personality tests. There are several ways to assess people’s personalities:

The Sixteen Personality Factor Questionnaire is a tool developed by psychologist Raymond B. Cattell. Empirical research has confirmed that this model, which distinguishes between 16 personal traits, is useful in predicting a person’s behavior in many settings. It provides an integrated picture of an individual’s whole personality. My suggestion is to have a look at the 16PF model when you are most serious about personality tests, and when people have sufficient time available to do the tests.

The Myers-Briggs Type Indicator (MBTI) assessment is the most widely used personality assessment tool in the world, though its effectiveness has been disputed in scientific circles. The MBTI model sorts a number of psychological differences into four opposite pairs (Extraversion vs. Introversion, Sensing vs. Intuition, Thinking vs. Feeling, and Judging vs. Perceiving.) The model is sometimes accused of suffering from the Forer Effect (people believing that statements reflect their personality, while in reality they apply to almost everyone). I would advise you to consider this test if you care more about people’s enthusiasm than scientific justification. The results are fun to discuss, and they enable easy comparisons, if you don’t take the results too seriously.

The Enneagram of Personality proposes nine personality types, represented with a nine-pointed diagram in a circle. It is said that the tool is an effective method for self-development, though it is sometimes criticized for not being falsifiable (meaning it is unscientific), and accused of having its roots in mysticism. Nevertheless, such a test can be fun to do with a team. And if team members are reluctant to have their personalities assessed scientifically, then this unscientific Enneagram can be a welcome compromise. A bit of relativism and a good laugh are worth sharing with team members, even if it’s only to stimulate team growing and awareness of differences.

The last model in this list is the Big Five Factors of personality. It’s a model that consists of five personality traits (Openness, Conscientiousness, Extraversion, Agreeableness, and Emotional Stability), and it is considered to be the most comprehensive model available, providing a conceptual framework that integrates all earlier findings and theory in personality psychology. However, a common complaint about the Big Five model is that it is too high level to be useful. Several studies have confirmed that models of lower-level traits, like 16PF, Myers-Briggs and the Enneagram, can be more powerful in predicting actual behavior of people. But they are also more controversial than the Big Five, which is seen as the first (and only) scientific consensus in personality psychology. The Big Five model is a great choice if you want a personality assessment that is scientific in its approach, like the 16PF model, but that doesn’t dig too deep. This could draw in some people who would otherwise feel uncomfortable about such a test, or who lack the time to do a full 16PF assessment.

There are four things you can do when assessing diversity and coherence of personalities in software development teams.

First of all, take the tests yourself. Get to know yourself. When you understand your own personality, you will better understand what kind of manager you are, and how you are likely to be perceived by your teams. For example: the tests showed me that I’m very interested in high-level analysis of ideas, patterns, and designs, and usually not very concerned with pragmatic little rules and details. This means I could be a weak manager when a team is uncaring of daily discipline, orderliness, and cleanliness. And I might have too little patience for (and too much criticism of) other people’s solutions.

Second, share your own test results with your teams. Show them what they can expect from you as a person. When you are secretive about yourself, you can expect team members to be secretive towards you. And you don’t want that, I’m sure. So don’t be coy, and show them your strengths and your weaknesses. Yes, this takes some courage. You harden yourself by exposing your vulnerability. You want people to respect and trust you. Openness and honesty will achieve exactly that (and much more besides).

Third, ask team members to do a personality test, privately. There are plenty of free tests to choose from on the Internet, but you can get more elaborate and professional test reports when you are prepared to pay for them. It is not unreasonable to require that team members understand themselves. When they know their own strengths and weaknesses, they are in a better position to behave accordingly. And as a manager you earn some extra points when you show them that you’re willing to invest in their self-development.

Fourth, you can suggest that the team members share their results with each other. This can only be done voluntarily, and only when there’s a high level of trust in the team. Naturally, you will have preceded this question by giving them your own test scores, so they know what to expect, and might be more willing to follow your lead. Arrange a meeting in a warm, relaxed, non-threatening atmosphere, and have team members talk freely about their test results. Emphasize that scores are not meant to be good or bad. One cannot be both left- and right-handed at the same time, and neither can someone be both shy and bold, or grounded and abstracted. And even if people don’t really care for the personality models, which, it must be stressed, are not without controversy and dispute, the exercise itself can be a great way to do some team growing.

When team members better understand each other’s personalities, they (and you) will be able to identify any deficiencies in diversity or cohesiveness in the team. And you can discuss what to do about that.

One final note: Some states and countries restrict the use of personality tests by employers, though the legal restrictions are usually directed at employers requiring such tests in the process of hiring new employees. You may want to check this first for your situation and legal environment.

This article is an adaptation from a text out of the book “Management 3.0: Leading Agile Developers, Developing Agile Leaders,” by Jurgen Appelo. The book will be published by Addison-Wesley, in Mike Cohn’s Signature Series, and will be available in book stores near the end of 2010.

I had the great pleasure to be one of @jurgenappelo’s book reviewers on this book so I got a chance to read his concepts as the work was coming together in book form. Concepts that I knew were true in my own experience were captured by @jurgenappelo very eloquently. I will go so far as to say I tried to capture some of these concepts myself in some of my early blog posts but when I read his words, I knew I had failed to articulate the succinct nuances of modern team management as effectively as @jurgenappelo. I encourage all… Read more »