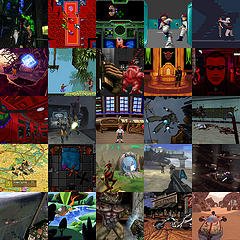 Gamification can be a really good thing if it’s meaningful. If it just put on as an afterthought, or just as a “gimmick” to have people use the system more it can fail after just a little while because people get bored with it.

He makes a great point.

The first second an approach like this is seen as a gimmick, that appraoch is doomed. In order to make a gamification approach work as a rewards system to encourage behavior, it must be a meaningful ‘system’.

Jacob’s comment made me think about the last line in John Dodge’s article that started all this for me.  In that article, titled Gamification: opportunity for CIO or marketing? on the Enterprise CIO Forum, John writes:

For all it’s potential, there’s a more cynical view of gamification. Says an executive at a firm offering gamification services: “It’s all in lieu of less compensation and fewer benefits.”

Let me say right now…if you think a system like this is really something that you can do ‘in lieu of less compensation and benefits’…don’t even started the program.  Your team will see right through it.

The realist in me believes that most IT professionals will take a more cynical view of any type of gamification system as another ‘gimmick’ that the organization is trying out.

So…how you get past the cynicism?

The underlying reason behind a system like the one described in the Fedex Badge program is to entice people to share knowledge. This enticement is something that we have all fought in the past…how do you get your staff to share information with the rest of the organization? Some people think that by holding onto knowledge, they’ve built up a nice job security base…but that hoarding knowledge does nothing for the organization.

So…how do you entice people to give up the information in their head?  That’s where i think an approach like gamification might work if your organization’s culture is a good fit for this approach.

The culture is key. If you have a strict / structured culture that is never an early adopter, you’ll most likely have a hard time implementing something like a game system for rewarding knowledge sharing.  However, if you have an early adopter culture with a focus on new and fun, this might just work.

The key is to build a system that isn’t a ‘gimmick’ as Jacob says.  He’s right.

So…how do you build a system like this to entice people to share knowledge?  Do you reach out to a hosted platform like it appears the Fedex system is? Or…do you build something yourself?

My opinion…for something like this to work, it must be integrated seamlessly into every employee’s daily activities. Make them go ‘somewhere else’ to share information to get rewards, that system will most likely fail and fail quickly.

Find a way to integrate a meaningful approach to entice and reward knowledge sharing.  For me, I’m on the fence on the whole gamification approach.

I like the idea but don’t know many organizations where this system wouldn’t be seen immediately as ‘gimmicky’ but I’m going to be thinking more about it.

Gamification is a viable concept, but the approach is more than just badges and scores. It needs to impact productivity and relate to the selfish interests of those participating. Jerry Bishop makes an interesting point on Enterprise CIO Forum: “CIO’s interested in the power of gamification should do their homework
and understand the potential downside in order to offer a balanced
business case.” Perhaps it starts with looking at the existing behavior of the knowledge workers that will use the system. —Paul Calento.