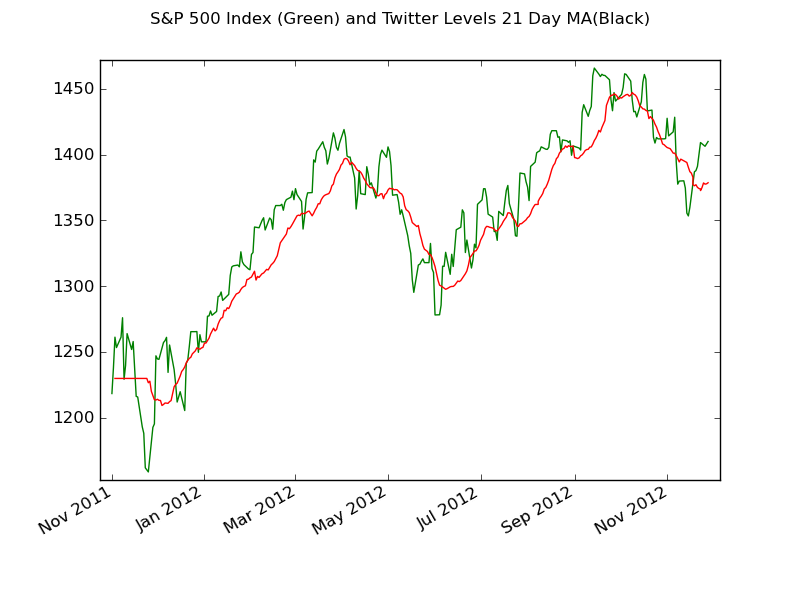 In addition to finding sentiment within Twitter messages, there are other data points that can be found in many messages.

I’ve gone through each twitter message I’ve captured (over 2 million of them) and captured each mention of a ‘level’ (support, resistance, etc). I took each of those mentions and stored them off in another database for each symbol segregated by dates (I currently average the data…but am looking at other approaches). With these new data-sets, I can then look at these levels that are shared….and I see some interesting data.

As a test, I grabbed the S&P 500 Index (SPX) levels and plotted them along with the closing price of the SPX….I’ll let you make your own decision on how interesting you think it is…but I’m seeing some statistical significance in the data-sets….the next step is just determining how best to use this data.

Some basic stats for comparison:

The first plot is the SPX Close price in Green with the Twitter Level 21 Day Moving Average in Red. As you can see, Twitter Levels do a pretty good job of tracking the SPX. 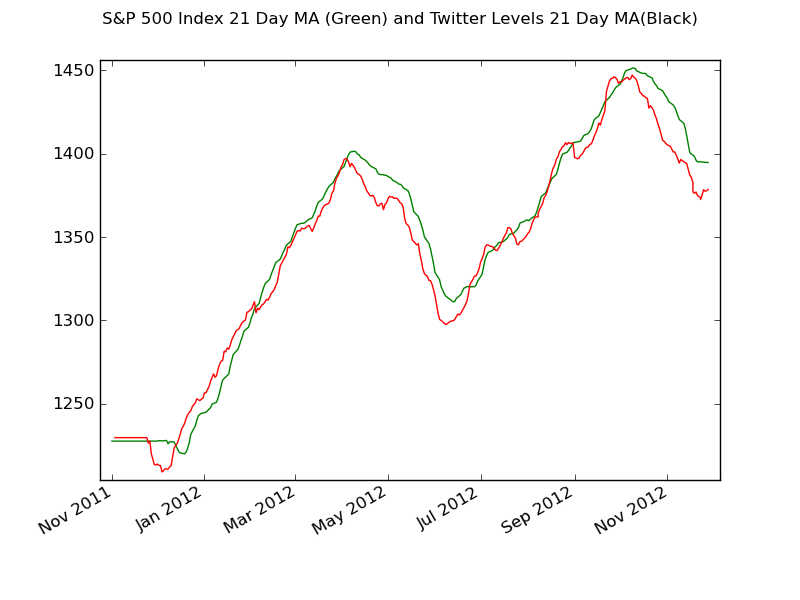