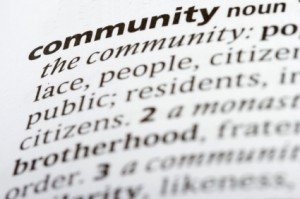 A few weeks ago, I wrote a post titled Open Source, The Enterprise and The Community where I wrote about embracing the community that exists within your organization and in the open source community.

In that post, I mentioned the Boy Scouts of America and how their magazine group uses WordPress.com’s VIP hosting platform for Boys’ Life magazine’s Boyslife.org website.  Wordpress is open source…but as far as I’m aware, this is the only example of open source platforms being used at the National office of the BSA.

This story isn’t about boyslife.org though or just about the BSA…its about how important it is to embrace whatever community you have.

Now…before I continue, you should realize I worked at the BSA national office as an employee for ~ 1 year and as a consultant for ~1.5 years. I know the organization very well.

The Boy Scouts of America has over 1 million volunteers. These volunteers come from all walks of life with many of them being new volunteers with young kids in the programs.  Out of 1 million volunteers, I’d estimate that the BSA could reach out and find 1,000 people who have  a strong computer background. Out of those 1,000 people, I’d be willing to bet that 100 of them would be willing to give a portion of their time to various IT related activities (software development, etc).

So….here’s an organization that has a dedicated volunteer community large enough to include a few people (maybe even a few hundred people) willing (and eager) to help develop new and interesting software platforms for the organization.  Is the BSA reaching out to embrace this community?  They are reaching out, but not truly embracing them.

Failing to embrace the community

Back in 2008 there was an open source initiative announced within the BSA.  On the surface, it looked good…even Eric S. Raymond (former president of the Open Source Initiative and former Scout) was excited about the announcement.

Like I said, on the surface it looked good. Here we had the BSA reaching out and embracing their large volunteer base and providing yet another way for those volunteers to help the organization out.

The CIO of the BSA hired a consultant to come in and build an open source strategy and program.

What did this program consist of?   A website, a forum and an open source ‘strategy’ document was created and published on a website.    The act of publishing that document and website was considered the ‘last step’ of the open source program and the consultant went on his way.

The website and forum actually got some decent traffic…within days of the announcement there were 10 to 15 people on there announcing their interest in helping the BSA.   From what I saw, these volunteers were extremely interested in helping, extremely comptetant in their fields and full of ideas of how to bring open source into the BSA.

But….those people were ignored. After 6 months, the forum was closed down. There were zero projects undertaken.  There was zero communication from the BSA IT group to these volunteers.  There was no embracing of this community.

It was sad really.  Watching these people comment over and over on the forum about how they were wanting to help.  Some even started up projects independently of the BSA National IT group but as farm as I know, those projects never went anywhere. The Boy Scouts of America’s IT group had no idea how to reach out and embrace these volunteers.

The open source initiative was an excellent idea, especially for an organization with over a million volunteers ready and willing to help.  The only issue – the BSA didn’t really know how to embrace their community, at least on the technology side.

The Boy Scouts of America hasn’t quite figured out how to embrace their technologically advanced volunteers…and I don’t know that they ever will be willing to reach out for help within the IT space.  There are a ton of security issues to worry about at the BSA due to the large amont of data on children…but there are many options for an organization like the BSA and even more for other organizations.

What could you do with One Million Volunteers?

Just imagine what you could do with a million volunteers.  Imagine having a million people beating down your door to help in any way they can.

That’s what the BSA has…and they’ve done a good job of utilizing those volunteers…but have they embraced them?   On the technology side of the house, they have not.

Here we have an organization who has an IT group that is understaffed and overworked and has a hard time getting anything done quickly. Now…add to that a large group of volunteers willing to help in any way they can and you’ve got a recipe for success….but those volunteers have to be embraced.  Right now..they are kept are arms length.

Whether you’re the Boy Scouts of America or a small business with 1 employee, you’ve got a ton of ‘volunteers’ out there waiting to help you out in the open source world. You just have to be willing to reach out and ask for help…and understand how to embrace those folks that are willing to help.

Of course, there’s times when you can’t (or won’t) opt for open source platforms….but odds are that there is a community out there willing to offer assistance.  Take a commercial content management product like  Sitecore for example. Sitecore has a fairly large community of developers on the Sitecore Developer Network who offer advice and propose solutions to problems.  Take advantage of communities like and embrace them when you can.

Whatever your community looks like, embrace them.  If you don’t have a community, build one.  You may be surprised to find what your business / organization can do when you open your arms and embrace those around you.

BSA should have motivated each volunteer to stick with the project, not abandon them like that. now will never know what one million volunteers can do
My recent post What’s with the Microsoft Ads