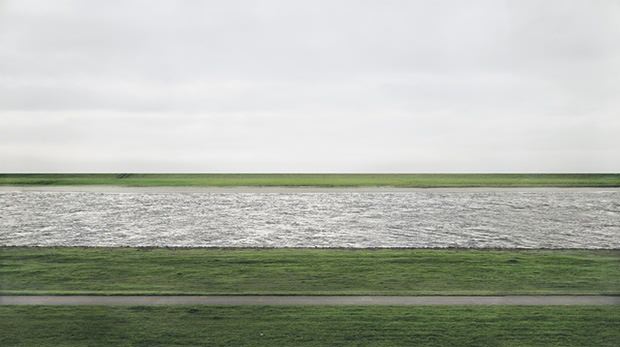 I ran across a very interesting article titled Why Gursky’s Photo of the Rhine is the World’s Most Expensive Photo that discusses a photograph…woops…”work of art” titled Rhein II by Andreas Gursky.

In my opinion…its a horrible photograph. Ugly too.

It breaks all the rules for landscape photography.  Not only is the horizon placed in the middle of the screen, but its just generally uninteresting to me.

That said…what the heck do i know?  Sure…I’m a photographer…an amateur one to be sure…but I know what I like and this photo isn’t something that I like.

That said…what if Mr. Gursky showed me this photo after he took it?  I would have looked at it and shrugged my shoulders and said “I don’t like it…”  If that had happened…would he have deleted the photo and moved on?

If so…he would have lost the opportunity to earn $4million for this piece of art.

That’s the basic moral of this post…don’t let me or anyone else tell you that you’re wrong. You’ve got to figure that out for yourself.

If you are constantly looking for someone else to tell you that you’ve done a good job (or a bad one), you’ll get nowhere in life.

Don’t let me…or “them”… tell you that you are wrong.

Don’t let me…or “them”…tell you that you’re right either.

Don’t let “them” tell you you’re wrong…: I ran across a very interesting article titled Why Gursky’s Photo of th… http://t.co/En0kimh1

Don’t let “them” tell you you’re wrong… http://t.co/X13ETslR from @ericdbrown

Don’t let “them” tell you you’re wrong… http://t.co/cY7bNK3s via @EricDBrown

Published: Don't let "them" tell you you're wrong… http://t.co/YVQmTuQy