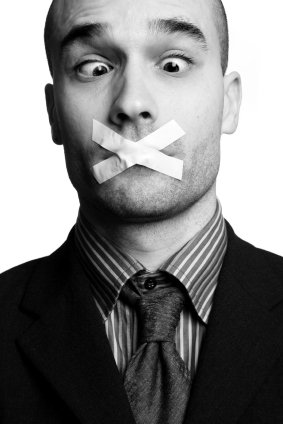 I’ve got a few pet peeves.  Linear Thinking is one of them.  Another one is talking about doing something but never doing it.

I’m not talking about ‘not following through’ on things.  That’s a performance issue and one that can be addressed with some coaching and basic management skills.

I’m fine with being told how or why something is important…everyone has their opinions.  But don’t tell me the same thing for 6 months without ever taking a step forward and doing something about the project. If you think Project X is so damned important, then DO IT.  Or Don’t.  Just stop talking about it.

There are a lot of reasons for people to talk about doing something but not executing. Analysis Paralysis can kill any project before it starts.  Lack of courage is a killer too (you know…those folks who are scared of making decisions?).   Ego plays a role as well (people like to show how smart they are right?)

I’ve run into many leaders within organizations that talk about undertaking the big ‘strategic’ projects.  And they talk.  And talk.  Talking doesn’t “move the needle” (sorry…I promised someone I’d insert “move the needle” into this week’s blog post….they’re playing buzzword bingo and I want them to win!).  Talk without action does little more than frustrate people.

The role of the future CIO is one of project executive. The New CIO has to step up as a decision maker and decide (along with the leadership team of the organization) which projects get funded and which don’t. After the decision is made, communicating that decision down the chain of command has to be done quickly and efficiently so the the entire organization knows what projects are a ‘go’ and which aren’t.

You notice that in the last few paragraphs I never say that the CIO and his/her IT staff should stand around talking about the projects and why they are important. There isn’t a lot of discussion about why Project X should be done.  A decision is made whether it should be done or not and the team moves on. The New CIO has to take the lead in not talking things to death and just get it done.

Now….I’m not saying you should stop discussing the value of a project or a strategy.  Quite the opposite actually.  You should discuss. You should debate.   That’s something that must happen.  But…there is a time when the debate has to end and something has to be done.

The New CIO needs to foster open debate on a subject but quickly make a decision.  With resources as constrained as they are in this economy, talking means wasted time and money.

Discuss, Debate, Decide.  Either DO or DON’T…just stop talking about it.

The New CIO is a weekly article about the challenges facing today’s CIO as well as what can be done to prepare for future challenges. Join me next week for another article in the series.

That is also a pet peeve of mine – and one I see too often – The one other killer Iwould add – is the leader who thinks that because it was mentioned in that meeting – it will be done. No one is responsible – no one is accountable Ummm sorry – that won't work – Perhaps it is part of your courage one – afraid to actually commit – But in some cases – I am sure that it is just poor execution skills – and that can suck the soul out of a team as the “why… Read more »

Tweets that mention Do it or Don’t….just stop talking about it | Eric D. Brown - Technology, Strategy, People, Projects -- Topsy.com

[…] This post was mentioned on Twitter by Eric D. Brown, Dani Shaw. Dani Shaw said: I can relate to this … RT @ericdbrown: Just Published: Do it or Don’t….just stop talking about it – http://bit.ly/3Kk42r […]

DO IT. Or Don’t. Just stop talking about it. (applies to any role) – http://bit.ly/hqGLX

#baot Reading: Do it or Don’t….just stop talking about it http://ow.ly/162TXq

I can relate to this … RT @ericdbrown: Just Published: Do it or Don’t….just stop talking about it – http://bit.ly/3Kk42r

Just Published: Do it or Don’t….just stop talking about it – http://bit.ly/3Kk42r