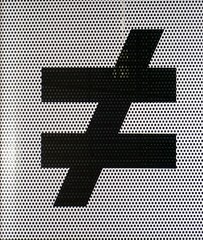 CRM tools do not equal CRM (yes…I know…I’ve said it twice…but it IS important).

Ok…now that we’ve gotten that out there…let’s take a second to look at the world of CRM.

According to the all-knowing wikipedia, Customer Relationship Management is defined as:

Customer relationship management (CRM) is a broadly recognized, widely-implemented strategy for managing and nurturing a company’s interactions with customers, clients and sales prospects. It involves using technology to organize, automate, and synchronize business processes—principally sales activities, but also those for marketing, customer service, and technical support

To put it more succinctly, CRM is a strategy for managing the relationship with customers using technology to automate & organize the interactions. Love it.

I’m a big fan of CRM. I think the idea has helped many organizations build stronger relationships…and CRM tools have helped drive customers away too.

A tool is a tool

Imagine you’re a project manager. Is the whole of your job wrapped up in the tool you use to manage projects? Can anyone grab a copy of Microsoft project and start managing projects?

The same is true for any organization using CRM tools. Sure, the tools are available and anyone can use them…but just because you use them, doesn’t mean you are actually ‘doing’ CRM.

True CRM is wrapped around strategic thought. True CRM is looking at methods to truly connect with your customer(s). True CRM requires a ‘think; do’ mentality (i.e.,  think about it first, then do it).

I’m always amazed when I see an organization using CRM without having put any real thought into the tool and the context in which the tool is used.

Let’s look at an example.

I’ve recently looked into getting a loan to refinance my mortgage. Our current mortgage is a 30 year fixed mortgage with a 5.875% rate. Not bad…but with rates as low as 4.5% these days, it makes sense to look at refinancing at a lower rate…and perhaps move from a 30 year note (with ~23 years left on the note) to a 15 year note. At current rates, the move to a 15 year note would keep my payments basically equivalent.

So…I decided to see what type of rates I could get. I contacted three mortgage brokers via email and got three completely different responses.

Broker #1 responded quickly to my initial request in a very personal and direct manner. He told me what information he would need from me and what the process would look like. He also said he’d be calling me later in the day to chat.

Broker #2 also responded quickly via phone. I happened to be busy when he called so he got my voicemail. He left a message stating that he’d call me back. I then received an email stating the same but in a very ‘automatic email’ voice. And then 5 minutes later I received another call from him. And another email similar in vein to the first. I emailed him back and told him I’d prefer that he call me later in the day. I received an automated response that was exactly the same as the first email I received. More on Broker #2 in a moment.

Broker #3 didn’t respond to my email.

Broker #1 called me when he said he would. We talked about my situation and what I was trying to do and he told me he’d get some quotes to me via email later in the day. About 20 minutes after the call, I received a nice email from the broker thanking me for the time on the phone and reiterating what we spoke about. This email was obviously from a CRM tool but was personalized to me and our conversation.

Broker #2 called me later in the day and put the full force sales pitch on me. This guy is the guy you think about when you think of a salesman. You know the guy…he doesn’t listen, cuts you off and just generally makes an ass of himself. After 15 minutes of him telling me how good he is, he told me he’d get me a few quotes for new loan options.

I received the quotes from Broker #1 and Broker #2. They were basically the same in terms of rates. I told them both that I’d need a few days to look them over and think about what I wanted to do.

Broker #1 responded to my email with a “thanks…let me know how you want to proceed.”

Broker #2 responded to my email with another canned response.

Over the next 2 days, I received 3 emails and 2 phone calls from Broker #2. Each email was the same and the phone calls were received at the same time of the day.

I finally called Broker #3. BTW – some background on this broker….they are all over the airwaves in Dallas about being DFW’s #1 mortgage broker. When I called them….I got a person on the phone who couldn’t answer any of my questions, didn’t seem interested in talking to me and when I asked if I could use a system online to fill out any forms he said yes…he would email me the info. I received an email from him the following day with a PDF attached asking me to fill out the information and fax it back.

Its been 2 weeks since that first email to the three brokers. I’ve decided not to do anything just yet (we are thinking about moving next year and it doesn’t make financial sense to spend the money to refinance right now).

Broker #1 took the news in stride and said ‘call me when you want me to help with the new mortgage’.

Broker #2 didn’t respond directly but continued to send me canned emails generated from his CRM tool. These emails tell me what a great service he offers, what low rates I can get and how much he values his customers.

So…the point of my story?

Broker #1 used a CRM tool…but he had a strategy for using it. It was a tool to allow him to manage the relationship.  He will get my business in the future.  If you need a mortgage in Texas…definitely call Brian Palmer at Pinnacle Financial Group at 972-529-6845.

Broker #2 used a CRM tool…but he saw it more as an advertising and marketing tool to ‘blast’ his customers. He hasn’t figured out that CRM is concerned with the relationship.

Broker #3 is an idiot, obviously.

CRM, like most other things in life, requires some thought be put into the approach.  Just because you are using a CRM tool, doesn’t mean you are managing the customer relationship…it could just mean you are pissing off your potential customers.

Take a page from Broker #1’s playbook…figure out how you want to interact with your customers then implement a CRM strategy & platform to meet your needs.

Suppose you had a project that needs creativity; involves complex, interconnected systems; and needs to be responsive to use requests.

To me, MS Project and its waterfall paradigm are obstacles to success for these kinds of projects.

Great comment Aren….spot on too. Thanks for stopping by.

Welcome Kacy. Thanks for stopping bu.
My recent post Are you keeping your eyes open

The good, bad and ugly mortgage broker: all you really need to know about selling in one story, by @ericdbrown http://j.mp/aj9JT9

Using CRM tools does not guarantee that you are doing CRM good from @ericdbrown http://j.mp/aj9JT9

Really enjoyed reading about your experience of trying to change your mortgage it was a perfect example of how to and equally how not to use crm software it just goes to show that customers still do respond to a personal approach rather than just being bombarded with advertising.