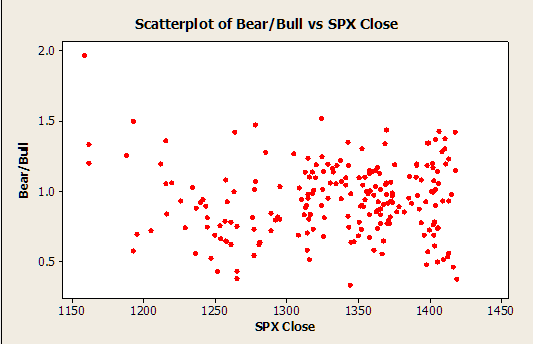 I just finished presenting a paper titled Bulls, Bears…and Birds? Studying the Correlation between Twitter Sentiment and the S&P 500 Index at the Business Intelligence Congress 3 in Orlando Florida.  Once the paper is formally published, I’ll share a link to the PDF.  Oh….and the paper won best Research paper at the conference 🙂

A quote from the abstract of the paper:

Each of the above goals was accomplished. Twitter data can be collected and analyzed using standard sentiment analysis methods. Additionally, using Bayesian Classification techniques combined with a manually generated training data set, resulted in an outcome which is correlated to existing sentiment survey methods (e.g., the AAII Sentiment Survey). Lastly, using standard statistical methods, there is very little statistical correlation between the Twitter Sentiment found within this study’s sentiment analysis methods and the closing price of S&P 500 Index.

Using my training data set and the Python Natural Language Toolkit’s Naive Bayesian Classification methods and performing statistical correlations using the Pearson Correlation method, there is virtually no correlation between the overall market Daily Twitter sentiment and the Daily closing price of the SPX.

Correlation Details of the Daily Bear/Bull Ration and SPX Close:

There is, however, a fairly strong correlation between Twitter Sentiment on a Weekly Basis and the Weekly Sentiment Survey released by the American Association of Individual Investors (AAII) with a Pearson Correlation value of 0.583 being found.

Does this lack of correlation mean that Twitter Sentiment (or AAII Sentiment) is useless?

I don’t think so.  In fact, I believe it is very important data.

I’ve been focusing most of my efforts on identifying sentiment extremes and using those values as inputs into investing strategies.  These entry signals appear to be providing exceptional returns with little drawdown when using proper risk management methods.

In fact, using the overall sentiment from Twitter and using extreme levels as an entry signal has delivered pretty good returns over the past year…better than I even initially expect.

How good are the results?  Check back in a few days for a report. 🙂