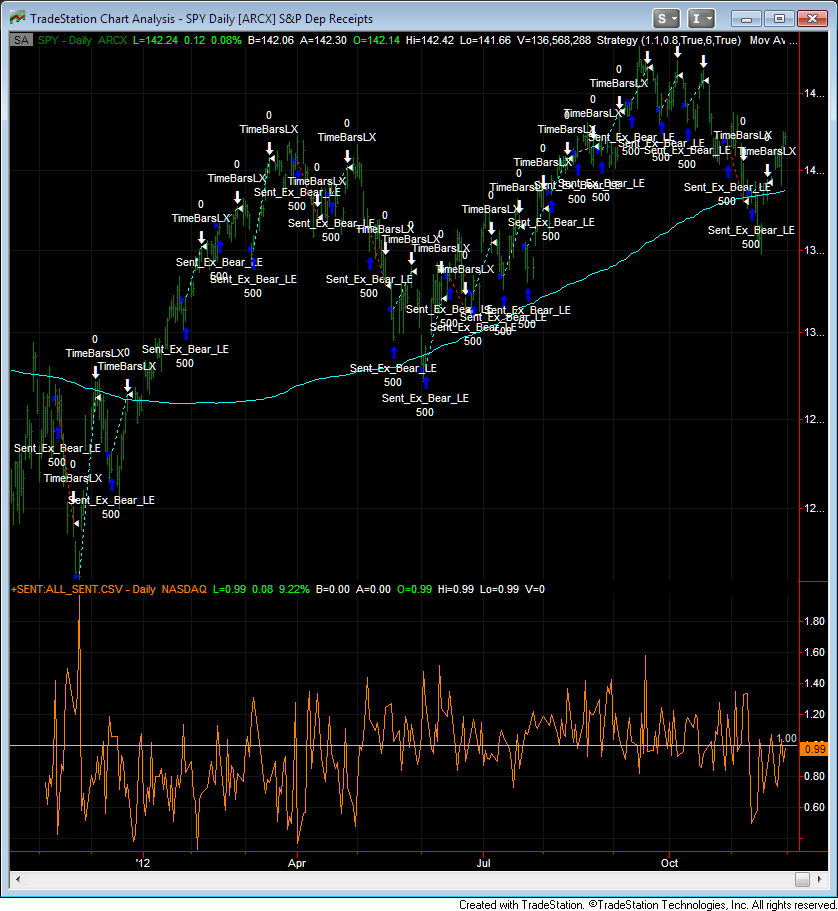 One of the concerns that I have of my research into using Twitter Sentiment for entry signals in the market has been that the market has, in general, been in an up-trend over the last year.   With that up-trend, there’s a good change that any entry, made enough times over the course of the year, would have resulted in a profitable trading year.

So…I developed a basic random number generation script in Python that generates a random signal between 0 and 2 to try to mimic the ranges found in the overall market bear/bull sentiment.

With this random signal, I then used the same strategy for an entry signal used in my Twitter Sentiment entries.   The comparisons are below

Using Tradestation, I ran my strategy with both the Twitter Sentiment Signal and the Random Signal without optimizing any of the strategy inputs.  Both systems closed out their last trade before Friday so no trades are held.

The outcome of both systems are provided below.  Below the table, I’ve provided the

Based on this particular test, I’d say the twitter sentiment entry signals are much more robust and accurate. This signal delivers more profit, more return and much less drawdown than the random signals entries.

Each strategy’s entry / exits are shown in the graphs below. 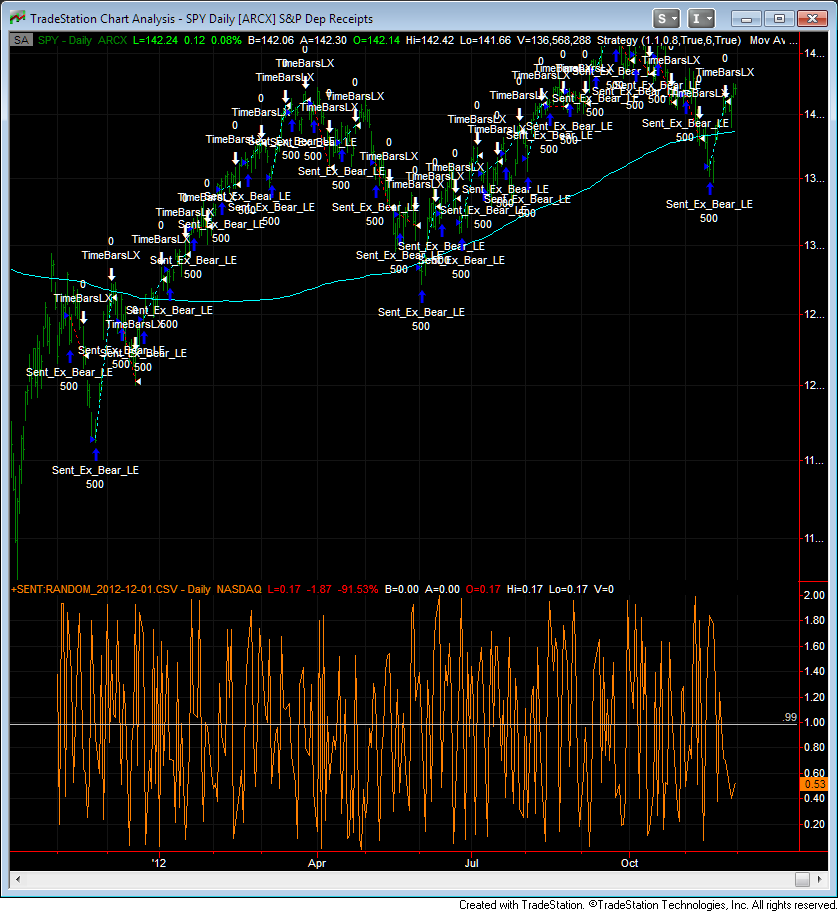