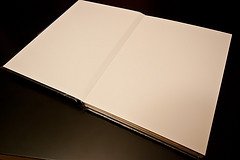 It’s a new year and time for review of 2012.  This coming year is an important one for anyone, but especially for IT and the CIO.

In 2012, we’ve seen many more people talking about ‘change’ and having more involvement in owning technology from non-IT pieces of the organization.

Is it time for change?  Dunno…but its worth taking the time to try to change.

According to HP’s E.G. Nadhan, It’s now or never for CIO’s to ride the wave of change,    In that post he reflects on his articles from 2012 and the fact that they’ve all highlighted the need for change.  I see some great articles that I had missed in that list.

Mr. Nadhan asks a relevant question in the first paragraph when he writes:

The New Year gives you an opportunity to identify strategic steps you can take in 2013 to create change, based upon your experience in 2012.

Most folks have probably already taken a step back and revisited 2012…but have you looked back to determine what you did right and wrong…then look for ways to truly improve things?

I’ve always been a believer in not only looking for ways to improve but also in ways to be different.  Not just ‘different’ for the sake of being different, but different from our competitors and more importantly, different from how we have ‘always done things’.

One of the problems that I’ve always noticed in the world of IT is that we are very focused on ‘sameness’. This comes partly from processes and security but also from the personalities that are drawn to IT.  Now…I’m not talking about the people within IT per se…IT is a very diverse environment.   When I mentioned ‘sameness’ I’m talking about how we ‘do’ IT operations. How we ‘do’ project management and application development. How we ‘do’ everything.

This sameness comes from the world of best practices.  It worked for them, so it must work for us….or…it has worked for us for the last 10 years, so why change it?

Is 2013 going to be another year of the same? Are you going to end the year with the same problems you started with? Let’s hope not.