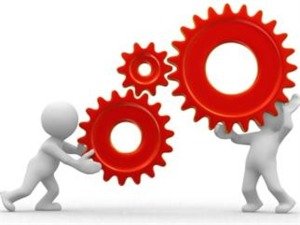 Isaac Sacolick recently wrote a post titled Dear CIO, Here’s How To Help the CMO with Marketing Automation where he talked about the need for CIO’s and CMO’s to work closely together for marketing automation projects.

…fully achieving “marketing automation” is no where as easy as SalesForce, Microsoft, or Oracle will sell your CMO. There is certainly a lot less coding involved to develop workflows, produce dashboards, or integrate data but some of the same problems exist such as cleaning duplicate/dirty data, developing audit-able workflows, improving the usability of dashboards, crunching large data sets, securing private/financial data, or maintaining master data.

Marketing Automation isn’t just about implementing technology to ‘do’ marketing…there are plenty of aspects associated with marketing technology that many people overlook.  You don’t normally just turn on automation tech and ‘set it and forget it’ like many vendors and consultants will try to advise you to do.

Marketing automation, just like every other technology, can bring quite a bit of complexity to an organization.  Many people who haven’t lived in IT and technology don’t / can’t really understand how complex technology can be. After implementation, there is  still a great deal of work to do on the operational side of things, even if you use ‘the cloud’ for your solution(s).

That’s where the CIO and the IT team come into play.  We should be involved as early as possible in any project involving technology to help other teams understand the long-term issues around technology and should be playing more of a consultative role within the organization than we have in the past. The key now is for the CIO to build relationships with other C-level executives and ensure the IT group is involved in any/all technology projects at the outset.

The roles of the CIO and IT group are becoming more consultative rather than purely operational. That’s a good thing.  The CIO and technology professionals can play a much larger role within the marketing team that many currently are. Isaac’s suggestions were spot on…the key now is to make sure the CIO and CMO (and other CxO’s) are having conversations early enough to ensure that the IT group is involved in technology selection projects.