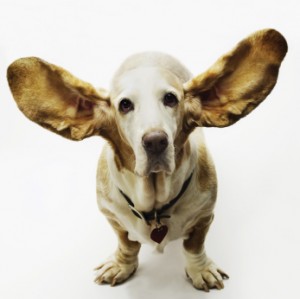 In a previous article titled “Leading by saying No“, I implore CIO’s to lead their organization by saying ‘no’ whenever necessary.

As I said in that article:

Saying “no” is a powerful thing. No can mean rejection, disappointment, being wrong, being right and a whole host of things. The one thing it doesn’t mean is ‘yes’….well…unless you or the person saying ‘no’ is a psychopath.

Pretty good stuff if I may say so 🙂

So you say you’ve mastered saying “no”?   Good for you…but…have you mastered the art of hearing the word “no”?

While you’ve got to be able to say “no”, you also need to allow your team and your organization to say “no” to you as well.

An Example of not hearing “no”


I know a CIO who has a reputation for getting things done.   He also had a reputation for driving his teams very hard.  He was well known as someone who could easily say “no” to his team and organization.   He’s able to point to some major wins while in the role of CIO and was seen as a rising star in the IT world.

While this CIO was able to get a lot of good stuff accomplished he was also very disliked throughout the organization. There were many reasons for this dislike, but the main reasons revolved around his inflexibility and inability in hearing “no”.   There were many projects  undertaken that shouldn’t have been started or should have been postponed but this CIO wouldn’t hear his team.  He didn’t listen. He couldn’t hear “no” and, in fact, he would get extremely angry if someone said “no” to him.

What did this do to the IT group? Not hearing “no” created an environment of disengagement.  The folks working in IT felt as though their experience, opinions and ideas weren’t valued by the CIO.  They didn’t believe the CIO listened to them. T

This CIO did get some good stuff done….but he might have accomplished much more if he had listened to his team and heard them “no”.  Many of the mistakes  that were made during his tenure were made because he didn’t listen to the warnings of his more experiences team members.

These mistakes eventually cost that CIO his job.  All because he couldn’t hear “no”.

What’s the Moral of this story?

Tweets that mention CIO’s – Are you hearing your team say No? | Eric D. Brown -- Topsy.com

Knew of a senior manager who was always urging his teams to “win one for the gipper.” Clients rated his org highly and he was regarded highly by the CIO. New CIO arrived and noticed the attrition rate in the manager's org. Eventually, manager was asked to stay at home (on full pay) for a year, then he'd be “free to leave” the company. (He knew too much about current software/system directions to allow him to be immediately available to competitors.) Interestingly, it turned out to be the company's move to get ISO registration that caused first CIO to leave… Read more »

Hi Scott – Amazing story – thanks for stopping by.

Hi Scott – Amazing story – thanks for stopping by.

Hello I am very impressed with this blog, thanks for sharing.
I will stop by soon …

Thanks for the RT @jurgenappelo: Shared… CIO's – Are you hearing your team say No? http://ping.fm/VSvm7

Shared… CIO's – Are you hearing your team say No? (by @ericdbrown) http://ping.fm/VSvm7