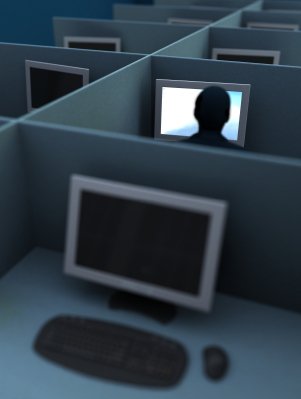 I’ve just started reading Multipliers: How the Best Leaders Make Everyone Smarter (affiliate link) by Liz Wiseman and Greg McKeown.  Actually…I’ve only made it through the foreword written by Stephen R. Covey…but I’m hoping to get a bit further in the book soon 🙂  I can’t recommend the book just yet (perhaps a book review will pop up at a later date) but the foreword had a wonderful comment from Mr. Covey that I wanted to share.

In one of the best forewords I’ve read in a while, Covey speaks about “insufficient resources” as an issue affecting business when he writes:

Pretty powerful statement, especially when you think about the ‘do more with less‘ attitude that pervades most organizations today.

If you’ve spent any time in business over the last few years, you’ve no doubt worked long hours over many days (and nights perhaps) to get your job done. You feel like you’re doing the job of 2 or 3 people and you don’t see any end to the work that comes your way.

Everyone in the organization feels the same way as you. Everyone’s overworked and overloaded.  There’s just too much work to do.

Many managers talk about how they’re ‘doing more with less‘ these days.  Some of these managers even brag about how much work their teams have and how few people they have to do it.  Some companies have even added “do more with less” to their core values, as evidenced by Zappo’s statement here.

It seems like there’s even a badge of honor that many managers like to show off to their peers.  In fact, I used to work for a CIO that loved to tout his experiences cutting costs (via cutting people) and adding additional technology functions. This CIO required the following paragraph be added to his corporate bio:

He’s well known for his ability to bring productivity and efficiency into an organizations’ IT group.  In his current role, he’s famous for adding functionality to the organization by increasing the number of IT platforms from 3 to 6 and cutting costs by decreasing IT headcount from 100 to 60 while maintaining the same level of service across the organization.

This statement, by itself, is quite impressive.  This CIO was extremely proud of his accomplishments and received a ton of ‘kudos’ from his peers, including being named to CIO Magazine’s Top 100 CIO’s list one year.

Good for him right? Reducing headcount by 40% and doubling the number of IT platforms is a heck of an accomplishment….but as you’ll see shortly, it isn’t the entire story.

Managing in the time of constraints

When you’re asked to do more with less, what’s the first thing you do?  Think about how to implement processes? Think about what technologies to use?  Or…do you take a second to ask a few questions of your manager to see what the real driver is behind the changes and /or new projects and determine the right priorities?

Do you accept the constraints blindly and do your job or do you stop and look at your organization to truly understand the available resources to determine how best to get those resources aligned to get everything done?

The CIO mentioned above took the first approach.

He was forced to to cut costs while at the same time deliver the necessary technology platforms to take the organization into the future.  He took a look at the objectives handed down from the CEO and board and ran with them.  This CIO saw an opportunity to use technology as a way to cut costs by replacing people.

Not a bad approach…not one I would take if I were in his shoes, but worth looking into right?  There are many places in business where technology can create efficiencies and/or allow cost cuts.  And the CIO’s job is to use technology to solve business problems correct?

That said, you can’t automatically equate new technology with “X” number of jobs; which is what the CIO above was trying to do.  In fact, according to his calculations, he could get rid of four people after the implementation of a newly implemented content management system (his exact words to me one day were: once you are done with this CMS implementation, which four people can I fire).  I’ve never figured out where he got that number but it seemed to be the approach to his job: new system = “X” people replaced.

Take a look back at the CIO’s bio where it talks about doubling the major  IT platforms and reducing headcount by 40%.  This CIO did a a wonderful job doing what he was asked to do.  He cut costs and kept the technology initiatives moving forward. But…if you look past his statement and get closer to the organization, you’ll see a different story. You’ll find an IT group who are overworked and extremely stressed out. You’ll find people who are looking for any way out of this organization.  You’ll find an IT group (and an entire organization) who are beaten down by the motto “do more with less.”

The CIO did as he was asked.  He cut costs and managed the constraints.  But…he turned his IT team into a shell of its former self.  He implemented technology to replace people….and you can believe the people left know they only have a job until the CIO can find a piece of technology to replace them.

Managing the constraints or leading the people?

Back to the Covey quote from earlier:

I have become convinced that the biggest leadership challenge of our times is not insufficient resources per se, but rather our inability to access the most valuable resources at our disposal.

The CIO I mentioned above has taken the road that many take.  They are confronted with the challenge of constrained resources (cost cutting, low / no budgets, etc) and try to ‘manage’ their way through these challenges rather than step back and think about how best to lead their teams through those tough times.

You may argue that the CIO above was leading his team.  He was providing the ‘tough leadership’ required to make it through the rough times, and you may be right.  Because I know this CIO personally, I know this isn’t the case; this man was managing his way through this crisis by trying to find ways to replace his people.  He was managing the constraints…not leading his team.

If he were leading his team, he would’ve realized that there were people working for him that had a tremendous amount of organizational knowledge, passion and commitment to the organization and to their job.  Rather than listen to that team and finding ways to allow them to help the organization cut costs and implement the requisite technological changes, he removed a good portion of those people and absolutely destroyed any passion, commitment and drive that the remaining team members had.

If you focus on managing the constraints first, you’ve allowed those constraints to own you.  If you lead your people, you’ll allow yourself, your organization and your team to own the constraints and find creative approaches to overcoming them.

Lead your people first and the constraints will follow.

Tweets that mention Are you managing the constraints or leading your people? — Eric D. Brown -- Topsy.com

[…] This post was mentioned on Twitter by Eric D. Brown. Eric D. Brown said: Published: Are you managing the constraints or leading your people? http://bit.ly/9kdZFZ #cio #leadership […]

Outstanding points Eric. I agree 100% with your perspective.
My recent post Six Common Social Media Mistakes Made By Restaurants and Hotels

Hi Eric, hello from Northern Ireland. Thanks for this insightful piece. I liked the quote from Steven Covey's introduction to the book. Doing more with less has become a mantra this side of the Atlantic too. Have joined your RSS feed and will check in often. Renewed thanks. Chris

Good to see a a fellow from across the ocean!

Doing more with less is necessary, but we all need to think about our approach.

Thanks for stopping by and subscribing!

Open Source, The Enterprise and The Community — Eric D. Brown

[…] the truth…what’s wrong with it?  If I were working within an organization that had resource constraints (budget, people, etc), I’d have to look for ways to be more effective with the resources I do […]

Are you managing the constraints or leading your people? http://j.mp/ckkwBp < do u know your team capabilities and skills & how to use them?

for the afternoon crowd – Are you managing the constraints or leading your people? http://bit.ly/9kdZFZ #cio #leadership

#baot Reading: Are you managing the constraints or leading your people? http://ht.ly/183dPE

Are you managing the constraints or leading your people? http://j.mp/94hjpC #management

Are you managing the constraints or leading your people?: I’ve just started reading Multipliers: How the Best Lead… http://bit.ly/9nqAKM

Reading: "Are you managing the constraints or leading your people? — Eric D. Brown"( http://twitthis.com/2madm4 )

Published: Are you managing the constraints or leading your people? http://bit.ly/9kdZFZ #cio #leadership

Are you managing the constraints or leading your people? http://t.co/TvSTkulX

Hi another northern Irish reader. I just left an organisation where I worked under just such a guy and I am this minute going to forward this article to his boss! So true!

@AnaKerr Hi Ana – Thanks for stopping by! Glad this hit home and your previous organization can fix their issues.

Love your optimism. Not sure things will change. One important aspect of all this is that this kind if a guy is essentially a bully and not many people win against bullies especially if they appoint them in the first place!

@AnaKerr I’ve found that I can only stay in this business if I’m positive / optimistic. 🙂

@ericbrown There are always other fields … And many are pretty green,

Eric D. Brown - Time to change the 'sign' of IT & Technology

[…] and IT leaders are extremely focused on ‘cutting costs’ using technology and ‘doing more with less‘.The focus on cost-cutting and efficiency has led IT groups and CIO’s to become […]