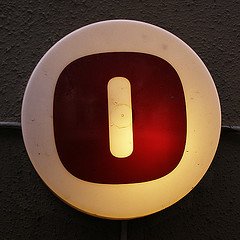 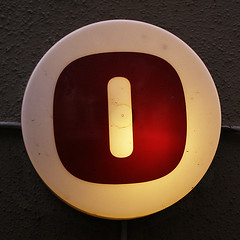 Think about the CIO’s that you know…or…if you are a CIO, take a hard look at yourself.

As we all know, the CIO acronym stands for Chief Information Officer….but do we really know what the ‘Officer” means?  Do we really have CIO’s?

In most organizations, there’s a CIO who’s heading up IT…but are they really an ‘Officer’ of the company? The Merriam-Webster dictionary defines ‘Officer” to be:

one who holds an office of trust, authority, or command

So…the CIO is an officer of the company and holds a position of trust and authority.

But do CIO’s really step into that role?

Over on the Enterprise CIO Forum, Joel Dobbs wrote a nice piece titled If you’re at the table, BE at the table where he hits this issue square in the eyes. Joel Writes:

The “O” in CIO is not silent. It stands for officer. Corporate officers are the people with day-to-day responsibility for running the corporation, such as the chief executive, chief financial officer, the treasurer and, yes, the CIO. For years CIO’s struggled to get a seat “at the table” and it pains me greatly to see cases where CIOs reach this level and, instead of rising to the occasion to serve as business leaders, revert to the geek role. I hope this is uncommon but I fear that it is not.

…the CIO who showed up with his laptop and, while the rest of us debated various strategic alternatives and explored opportunities to grow and diversify this $100 million + business, apparently spent the entire day answering e-mail and responding to instant messages. In fact, his only comments the entire day were some negative remarks about one of the company’s strategic business partners.

Think back to your meetings…have you spent the meeting being engaged did you spend it buried in your laptop or smartphone responding to some ‘crisis’?

My personal experience with CIO’s and other senior level IT leaders mirrors that of Joel…while in meetings, they spend a good deal of their time reacting to issues outside of the meeting rather than being present and providing leadership.

CIO’s and IT have been fighting for years to get ‘a seat at the table’….so why not take that seat and run with it? Be present…be valuable.

As Joel says…if you get the seat at the table, BE AT THE TABLE. Be present.  Be available and be real.  Don’t hide behind your computer or smartphone…provide leadership and actually be an ‘officer’ of the company. Get your head out of the technology for at least a few minutes and focus on the business.

Image Credit: O – glowing By Eva the Weaver on flickr

Answering e-mail in a C suite meeting is suicidal, not to mention rude. Responding to IMs (old technology, BTW) borders on the infantile. I can’t imagine a CIO worth his salt doing such a thing, but there’s lots of things I cannot imagine. One argument for the notebook in the meeting is to take notes, but pen and legal pad might send a better message.

@John Dodge Agreed. I know many people who use their laptops to take notes, but you have to make sure thats all you do with the laptop. I started carrying a pen and notebook with me into meetings for the sole purpose of forcing myself to pay attention. Thanks for stopping by John.

Fantastic post and I could not agree more. CIO’s and technology leaders need to embrace their role as leaders. They need to build their IT organization to handle the fires so can be they can be strategic . My fear is that many technology leaders don’t know how to be that leader yet.

@ericbrown I will be stopping by a lot more often. Thanks again for posting

A common theme across many orgs is that IT agility is taking on new urgency (http://bit.ly/ct1amlvt1) … and you won’t know what the directives are if you’re checking your email in the meeting talking about it. But in discussing the issue more broadly, I think the trap many of us fall into is thinking that all CIOs, including their responsibilities and capabilities, are equal. They’re not. Much like a CEO of a start-up may have more in common with a big company’s line-of-business manager, CIOs may also be the same. When we talk about CIOs having a seat at the… Read more »

Many #CIO s missing the "O" says @ericdbrown. I agree, checking email in a C-level meeting is a no-no. http://ow.ly/67Ok3

Getting a "seat at the table" is a goal for many #CIO s. If you're there already, but checking your email, call in sick http://ow.ly/67Otx

We generalize too much when talking about CIOs. We think they're equal. But skills, qualifications and expectations vary http://ow.ly/67Omo

RT @pcalento: Many #CIO s missing the "O" says @ericdbrown. I agree, checking email in a C-level meeting is a no-no. http://ow.ly/67Ok3

If you are at the table with other execs, be one > Are CIO’s missing the “O”?http://t.co/ZBpFNjb

[…] their clients solve those same problems.If you want an example of a CIO that exemplifies the “Officer” in Chief Information Officer, Mr. Beard may be a good example.  Of course, I can’t really tell anything about the type of […]