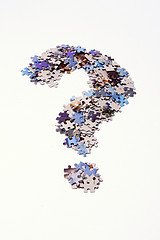 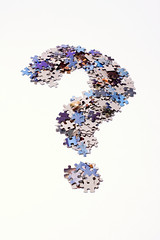 In my last post on application modernization, titled Application Modernization – “Plumbing projects” or roadmap to innovation & revenue?, I talked a bit about the importance of  how modernization projects can deliver value to organizations.

In many application modernization projects, the best option is the one that provides the best long term value for the organization.  Since we don’t live in the real world, the best option is the one that can get funded, get done in the time-frame and provides the best value today and on the near term.  Of course, I’d argue (and do argue) that you shouldn’t allow near term to over-rule the long term, but oftentimes we all do things that aren’t perfect but get the job done today.

There are times when you have to make a decision that may not be optimal. Maybe you’d really like to completely replace your application / system but budget constraints or time constraints force you to choose to do something other than replacement…maybe you rewrite some of the system functionality or maybe you make your system work a little differently (for now).

Before we get started, thought let me take a second to define the three “R’s” that I’m using:

A few years ago, I was involved in a project to revamp the website of a major organization.  We had a fairly large project underway to rebuild the main website for this organization using.  We were rebuilding functionality and trying to do some major information architecture to the website as well as doing some basic re-branding to meet new branding guidelines.    Some of the functionality that we wanted required a connection to the organization’s authorization and authentication  system and access to training/personal records that required a login to access. From this point forward, I’m going to call these two systems the AAR system.

The AAR systems had both languished in disrepair for years with hacks upon hacks added to each to add new functionality and make the system work.  There had been little real architectural work had been done to ensure changes to the system were viable, feasible and well planned.

So…we needed to connect to the AAR systems and build new functionality to allow users to login to access training modules, training records and other information that needed to be hidden behind an authentication system.  In their current state, the AAR systems would be difficult to seamlessly integrate with our Sitecore driven website, so a decision was made to review both the authentication / authorization and records systems to see if what needed to be done to make the integration work well and seamless for users.

The options available to us were either to rewrite, replace or replumb one or both of the systems.

After many discussions, meetings and planning sessions, the final recommendation was the following:

So….the plan was to replumb one system and rewrite another.  Sounds like fun, right? 🙂

The decision to replumb the authorization and authentication system wasn’t ideal but it did allow the project to finish on time & provides for a new, easier to access AA system for the organization. Our decision to rewrite the Records system was the right one…it gave the organization a very flexible and powerful framework to build upon in the future.  That system has since been expanded on and more functionality is being planned for it.

The timeline was tight but the project(s) turned out well and we released on-time.  Our new website built on Sitecore was rolled out with some fairly tight integrations with Sharepoint for user authentication and authorization as well as record access. We also added some additional functionality that allowed our Sharepoint system to act as the search engine for our Sitecore driven websites…pretty cool stuff – and something I may have to write about in a future post.

Like most projects that are rushed out the door, there were quite a few issues found once the system was released, but nothing that wasn’t fairly straightforward to fix.   Most people within the organization didn’t realize (and probably still don’t realize) how much time, effort, blood, sweat and tears went into that project by everyone involved…but that’s the way it normally goes in these types of projects…and that is, yet again, material for another post.

So…I’ve written a lot here (a little over 850 words so far). Hopefully its been an interesting read…but i’m not writing this just to share a story.  I’m writing this to highlight the compromises and trade-offs that we regularly make in the real world of IT.

In the real world, we do what we have to do…we replace, rewrite and replumb.  The key is to know when to do what.  The key is to understand how to determine the right option for the organization and your team.

Image Credit: Question mark made of puzzle pieces By Horia Varlan on flickr

We have all seen it. Brittle code with no rational or documentation for why it exists. And hopefully they have learned that this hack upon hack upon hack should stop…

Which reminds me of something….

Which I think I will have to link here for

Good point on the ‘hack upon hack’ issue we face in IT. Sometimes we are forced to do things we don’t want to do (like adding a quick hack to make something work) and never get the chance to go back and do it right.

That’s why I didn’t have a ‘re-hack’ on my list….if you are going to make a change, do it right even if you won’t be doing the optimal change – whatever change you make, do it well.

I agree – sometimes it is absolutely necessary as well.

A) understand the risks
B) as well as documenting the change – document the ‘why’ that decision was made.

As an example, the CFO wants a ‘hack’ to allow data point ‘X’ to appear in some financial data – then 2 yrs later new CFO says why the hell is this here?

In most cases – no one has the answer

What does a hack today mean for your application / system tomorrow or next week? Good things to think about

Each approach can be viable, depending… RT @ericdbrown: Application Modernization – Replace, Rewrite or Replumb? http://bit.ly/hxRToV