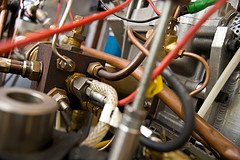 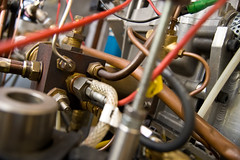 I’ve touched on the subject of modernizing applications and infrastructure, in a few posts in the past (see here and here).  In my consulting efforts, I’ve run across many CIO’s and IT professionals who would love to do nothing but focus on modernizing their legacy systems to be better prepared for the future.  Most have failed at making the case for these modernization projects – namely because the organization sees them as ‘plumbing’ projects.

People see these ‘plumbing’ projects as something that don’t necessarily need to be done  – re-plumbing the organization won’t really deliver in new value or competitive advantage they argue.  They see these projects as being something that can be scheduled when the IT staff has downtime…but we all know there’s little downtime for today’s IT.

I’ve been asked by a few CIO’s in the past to help them justify these modernization projects…and I have to say that its one of the hardest things an IT team can do today. The reason its so hard – because most modernization projects are attempting to replace or improve something that is working just fine today.  Many organizations don’t see the value in spending millions of dollars on a perfectly capable application.

Let’s look at an example. Imagine you’ve been tasked by your CIO to put together a business case for a revamp / rebuild of your data center.  You put together spreadsheets that show costs for new equipment and infrastructure.  You provide a reasonable argument about what the redesign needs to take place.  You use charts, numbers and lots of language to try to build your argument.

After spending days (or weeks or months) putting this business case together, you present it to the CIO and IT leadership team. They are blown away with your research and presentation. You are feeling on top of the world….but then the CIO asks one question that deflates your ego quickly.  He asks the one question that seems to matter the most – if this project isn’t started today, will the current data center be able to handle ongoing operations for the coming year? What about 2 years?

Now…sometimes the answer to that question is no….but many times, the answer is yes.  If the IT staff has done their job, the data center has been keeping up with the times and the current architecture can handle anything the current organization can throw at it.

So…if your answer to the CIO’s question is ‘yes…the data center can hold up for another year or two’…then what chance do you have of getting funded to rebuild said data center? {hint: your chance is close to zero}.

In order to make these types of projects seem valuable to the organization, you must show real value and opportunity.

From plumbing to innovation driver

So….you need to get your application modernization project funded…but you can’t quite seem to get the business to understand why they should spend a few hundreds of thousands (or millions) of dollars to  rebuild something that’s working perfectly today.  Sure…they understand that the money will have to be spent eventually to improve the infrastructure / application at some point in the future…but they know they don’t have to do it today.

So…how do you get a project funded that, according to the business leadership, doesn’t need to be funded?

Let’s revisit that data center project above.  You can throw together charts and numbers all day long…but at the end of the data, your asking for money to upgrade a data center that does what it needs to do today.

But…what if you were able to show how your data center upgrade could help to drive new revenue?  What if you can show innovative ways to use the new hardware and/or new software to drive innovation?

Imagine being able to put together a proposal that can show an immediate or short term payback for the investment? Imagine what the CEO would say if you told her that your investment of $350,000 this year in new infrastructure could lead to new services with the possibility of $1.5 million in revenue over the next 2 years?  Your CEO would have to take a long hard look at your project, wouldn’t they?

Whether you’re talking about a data center upgrade, data warehouse upgrade or legacy application rewrite, the modernization project is a tough one to get approved for most IT groups. Next time you’re looking at getting funding for an application modernization project, take some time to think about how that new application / infrastructure can be used to deliver bottom line (or top line) value to the company.

Rather than focus on the money that your project needs from the business, focus on money your project can deliver to the organization in the coming years.  In the end, to get your modernization project funded, you’ve got to show the business that its not just a ‘plumbing’ project. You’ve got to show the roadmap to innovation and revenue…you’ll be surprised at how much more you can get done when people see a return on what had been thought of as simple ‘plumbing’ project.

While funding is critical, it’s interesting that a blog post at the Enterprise CIO Forum cites research that ranks agility and innovation ahead of lowering costs as the motivation for application modernization. Show how application modernization is more an investment than a cost. That’s the tipping point to get across to those in charge of the purse strings.

Nice pointer to a great article. Definitely taking the right approach…showing the value in the investment in modernizing infrastructure rather than it being a sunk cost.

There are two additional challenges to application modernization that I see: 1.) Many CIOs claim that ongoing maintenance is (my opinion) the equivalent of application modernization (that’s my take on research that indicates 70% have already modernized their apps- http://bit.ly/ct1QPWP2) 2.) Typical budget justification leads solely with what Eric terms … “sell(ing) the business on the value of the project” (i.e. ROI), rather than also aligning needed upgrades with an enterprise hot topic (and incremental funds). Building application modernization into an initiative that already has top management support creates the funding to accomplish these needed, but often hard to fund… Read more »

[…] sponsored by the Enterprise CIO Forum and HP. In my last post on application modernization, titled Application Modernization – “Plumbing projects” or roadmap to innovation & revenue?, I talked a bit about the importance of  how modernization projects can deliver value to […]

Whatever the kind of modernization project, there is always a CFO/CEO to convince. My contribution to the subject from a financial standpoint:
http://vhanniet.wordpress.com/2011/04/08/roi-strategies-for-is-modernization/