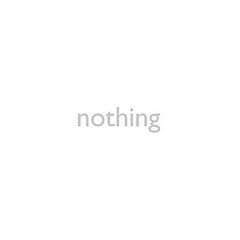 One of the fastest ways to build trust is to keep your word.

One of the fastest ways to destroy trust and damage a relationship is to agree…and do nothing.

How many times have you gone to your manager with an issue that needs to be resolved and you’re promised assistance but it never materializes? You discuss the issue and your manager agrees something needs to be done…but yet nothing changes. They’ve agreed…but done nothing.

I used to work for a man who would smile, nod his head and agree with everything I said. When talking to this man in person, he would vigorously agree with my plans and approaches for projects. In the early days working for this manager, I was excited…I thought I had a manager who had my back and was 150% behind everything I was attempting to do.

After a few weeks of working for this man, I started sensing that things weren’t quite right. My ideas weren’t being run up the chain of command for approval. . I wasn’t getting the budget approvals that were promised and my projects were grinding to a halt.

I set up a meeting with my boss to work through any issues. During this meeting, I was told everything was perfect and that he was extremely happy with what I was doing and that he was 100% behind me. I asked him to do a few things for me – run interference. approve the project budgets, etc etc. Again…he smiled, nodded in agreement and promised to his part to help.

Imagine my surprise when I begin to hear from others in the organization that my manager has voiced concerns to them about my strategy and plans. I start hearing that he actually disagrees with me…or at least that’s what he tells others.

I setup meetings with the folks around the organization to better understand what misgivings folks may have about my projects and plans. Some tells me they like my plans…some say they don’t. A few even voice their opinion that they believe there are better ways to do what I’m trying to do. So, me being me, I begin to have a conversation with them to understand what their reservations are and what I can do to change their mind.

These conversations were worthwhile for me. They helped refine and redefine the strategy driving the various projects that were underway. I learned a lot from those people that disagreed with me and I was thankful for their push-back and disagreements.

Throughout this period, I would approach my boss to get his feelings on the project and – as always – he vigorously agreed with my plans and approaches. He said project approval was imminent.

Days and weeks passed without that approval. When confronted, my manager would smile and tell me things were just fine and he’d “get right on it”. But…nothing ever happened.

Finally…I sat down with my manager and others throughout the organization to hammer out the details to try to get this project underway.  Funny enough…everyone in the meeting agreed with me that we should fund the project and get moving right away.

There was only one issue…my manager never took the next step to get budget approved.  He said he would…but he didn’t.  He agreed..but did nothing.

The moral of this story?

If you truly agree with someone …then do what you need to do to make things happen.

I learned that I couldn’t trust him. I learned that he would agree to anything…but he’d do nothing. It became a running joke around the office to see what type of crazy scheme would finally make him disagree…..we never found that crazy scheme. He would just smile, nod his head and agree with whatever we presented to him.

I left that job as soon as I could. The role was tough enough with a boss that had my back (like my previous manager did) but I soon found that it was impossible without a boss I could trust.

Agree and do nothing….and watch how poorly you and your team perform.

Regardless of your viewpoint, take action. If you agree with something – do something about it.

As a leader, manager, employee and human, its your right – perhaps obligation – to agree and/or disagree…but you’ve got to follow up that decision with action. The fastest way to destroy trust is to agree and then do nothing.

Did you ever ask your manager why he would say one thing and not do it? He seems like a passive enough person that he might have just told you if you asked. I’ve seen plenty of times people afraid to take responsibility for anything, less chance of screwing up and something bad happens. It’s tragic, but is very difficult for people to break out of something or a habit they’ve settled with. That said, even if this or that would have worked out it was probably best that you moved on, life to too short to not make the… Read more »

There were many discussions had with my manager, but none were fruitful so I decided to move on.