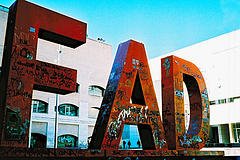 In the video John points to recent stories, discussions and ideas floating around the CIO world about how the every increasing role that marketing technology plays within the enterprise.

Now…this is nothing new to anyone that’s read this blog for a while as I’ve been harping on the subject of the intersection of marketing and IT for a few years.  Scott Brinker has been writing about the topic for far longer than I and arguably has helped bring the term “marketing technologist” to be a widely used term.

It appears that people within the organizations are starting to see the importance of having the marketing team own much more of the technology role.   I’m also seeing many ‘consulting’ companies starting to talk about “marketing technologists” as well. For example,  a Forester analyst recently gave a talk whereby an argument was made that marketing departments should begin “selling the idea of a Marketing Technology office to the CIO“.

While I’m happy to see this excitement for a topic I’ve been writing about for years, I’m also a bit leery of that excitement.  I’m leery because there will be many marketing departments out there who will see this as an opportunity to ‘grab power’ rather than approach it with from a logical mindset to ensure that whatever is done is in the best interests of the organization as a whole.

In the majority of the above examples, at least in my experience, the ‘newness’ wore off quickly and the finance/HR/sales/etc groups quickly realized how difficult it is to actually “run” technology.   Many quickly sidestepped the technology question and asked for help from the professionals in IT….and of course it was left to the IT Pro’s to come in and clean things up.

Also..its never different.  At least without some honest-to-god planning and strategic thought.

You may be thinking I’m a hypocrite since I’ve been talking about Marketing Technology and the role of marketing in the future of technology….and now I’m saying its a fad.   But…I’m not a hypocrite…I’ve never said marketing technologists should run technology in a vacuum.  I’ve always pushed for the merger of Marketing and IT.  I’ve always pushed for a partnership between the two groups.

This partnership has to be a strong one.  The marketing team must drive requirements and they must drive the vision. The IT group must drive the technological integration, security and operations.  Take this approach and the issue of a ‘fad’ is no longer an issue.  Don’t take it and the Marketing Technology Office will quickly be dismantled due to the same problems found in previous “technology offices” found in previous years.

So…yes…the Marketing Technology office is a fad…unless both the IT and Marketing groups can start from scratch with a proper plan and proper teamwork. Then…you’ve got a chance at making the much-needed marketing technology office a long-term part of the organization.

[…] Eric D. Brown has some interesting thoughts around a video he recently saw about Marketing Technologists. While I agree that it’s important for marketing and IT to work together for the betterment of their organizations as a whole, I don’t think the marketing technology trend is merely a fad. It could look that way if the power grabbing Eric describes happens, and there isn’t true cooperation between groups within any organization. Read, and see what you think: A Marketing Technology Office…The next fad? […]

[…] post last week titled A Marketing Technology Office…the next fad? got some interesting feedback via email and my contact form….funny that these same people […]

Very interesting article – one thing I would add that I’ve observed, is that marketing knows how technology works functionally (i.e. running websites), however they are not experienced in applying technology as a business solution.
If they don’t approach owning technology as a solution – then I agree that the Marketing Technology office runs the risk of being a fad…..

I agree wholeheartedly agree. Thanks for stopping by!

Hi, Eric. I agree and disagree! 🙂 I completely agree that a marketing technology team in the marketing department is not something to be undertaken lightly. It’s a big commitment, it requires the right people — a unique tech/marketing hybrid that’s still quite rare today (although more are emerging) — and it requires significant changes to how marketing is managed to be successful. I do think such a major organizational restructuring should be done in partnership with the IT department, if for no other reason than to clarify who is doing what and what “rules of the road” for corporate-wide… Read more »

Hey Scott – Thanks for stopping by!

Love your analysis here. That last line is key….”if its done right”. That’s my argument too. If approached correctly with proper planning and buy-in on all sides, this can work and work well.

Its all about the plan and approach.

[…] A Marketing Technology Office…The next fad? […]